The Subjective Museum of Housing // TRANSITIONS

The Subjective Museum of Housing opens its first wing for the public; it is dedicated to preserving the stories of the women from the Rahova-Uranus and Vulturilor 50 neighborhoods.

The 6 image collection that can be explored dates from the 2006-2016 interval and has been brought into our museum in 2017. The images are real slices of life and they will be presented for the exhibit by seven women from the two neighborhoods.

We present these stories and personal perspectives of the women from Rahova-Uranus and Vulturilor 50 in a context in which their status, although public, is little known among Bucharest’s inhabitants. What has happened and continues to happen in the two neighborhoods in the past 11 years is part of Bucharest’s history, which you can explore in our museum through a different method of exposure: that of the image theatre.

Our museum is opening this wing for you because true change can only come through solidarity and self-organizing. 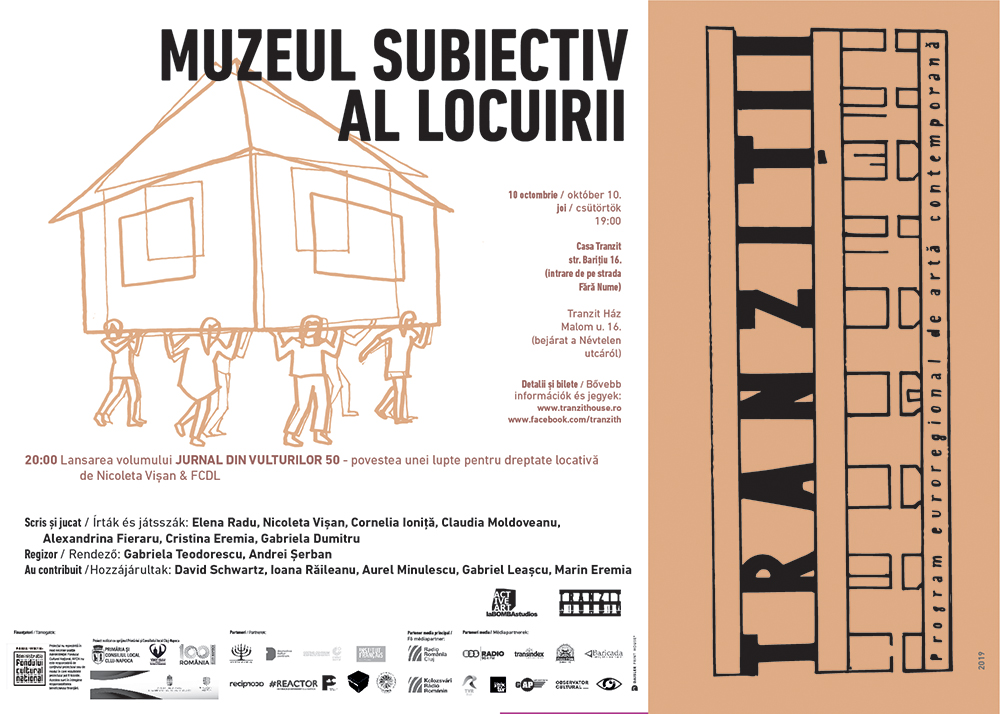