A documentary about the “cold days” in Transylvania. Seeking retaliation in 1940, the Hungarian army taking over the village of Ipp in the region of Szilágyság killed 157 local Romanians overnight. The anniversary of the mass murder was made into an ever-more important day of commemoration from the late 1970s onwards, in order to maintain hostility between the Hungarian and Romanian populations. Apart from investigating the killings, the film explores the possibility of, effecting reconciliation between Romanians and Hungarians by repairing a coexistence that was smashed by history.

Projection will be followed by a discussion on Hungarian, with simultaneous Romanian translation.

• Keep It in Mind is part of the event series Tranzit Days 2019 “Bridges”.

The organization of the events in the Tranzit Days 2019 “Bridges” is funded by AFCN, BGA Zrt., Hungary and Communitas Foundation.
„Cultural project co-financed by Administration of National Cultural Fond. The project does not necessarily represent in any way the position of Administarion of National Cultural Fond, AFCN is not responsible for the content of the project or the ways in which the results of the project can be used. These are fully the responsibility of the beneficiary of the funding.” 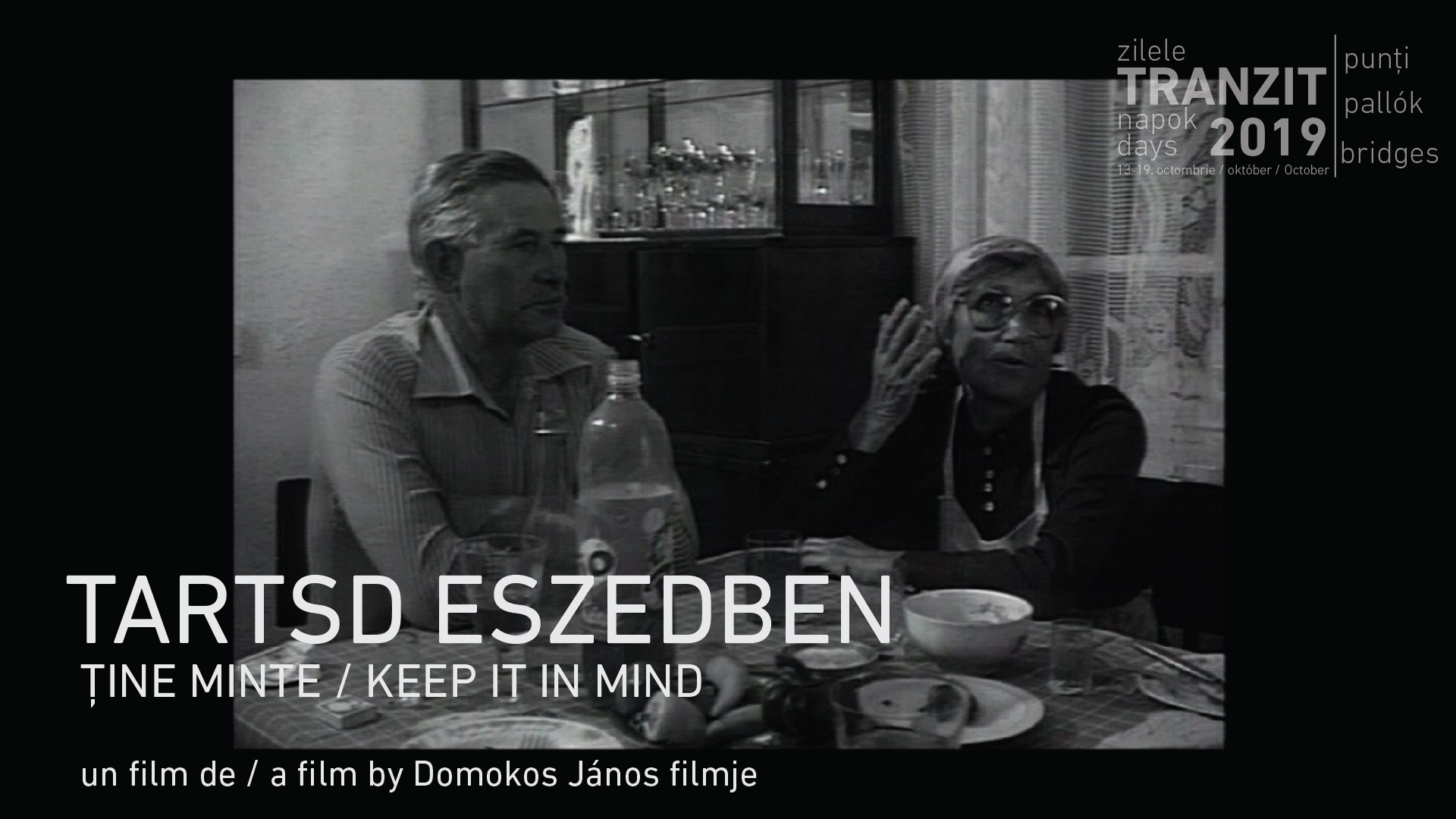