A collaboration around the idea of performing and an artistic / biographical arhivation through the recording of the present for the future with the help of a camera, in a projected temporarity, in which the present details of personal / professional orders will be revisited from another perspective, in the year of 2041. A framework in which time, the natural evolution of a collaboration stretched out for a period of 30 years (the premiere took place in 2011) and the routes of personal lives get confused or become the dramaturgy and working material of the performance.

„(anti) aging is a tonic and tender performance about an age which grunts the memory of strong impulses and sensations. It is an affective map of the future, as it appears projected in present voices. It’s an emotional manifesto of the what-we-will-be, as if we were holding a picture of ourselves at different ages.” – Mihaela Michailov (ArtAct Magazine, nr. 139/2011)

In Romanian language, without subtitle.

The performance contains nudity. Filming and photographing by the spectators are forbidden.

The organization of the events in the Tranzit Days 2019 “Bridges” is funded by AFCN, BGA Zrt., Hungary and Communitas Foundation.
„Cultural project co-financed by Administration of National Cultural Fond. The project does not necessarily represent in any way the position of Administarion of National Cultural Fond, AFCN is not responsible for the content of the project or the ways in which the results of the project can be used. These are fully the responsibility of the beneficiary of the funding.” 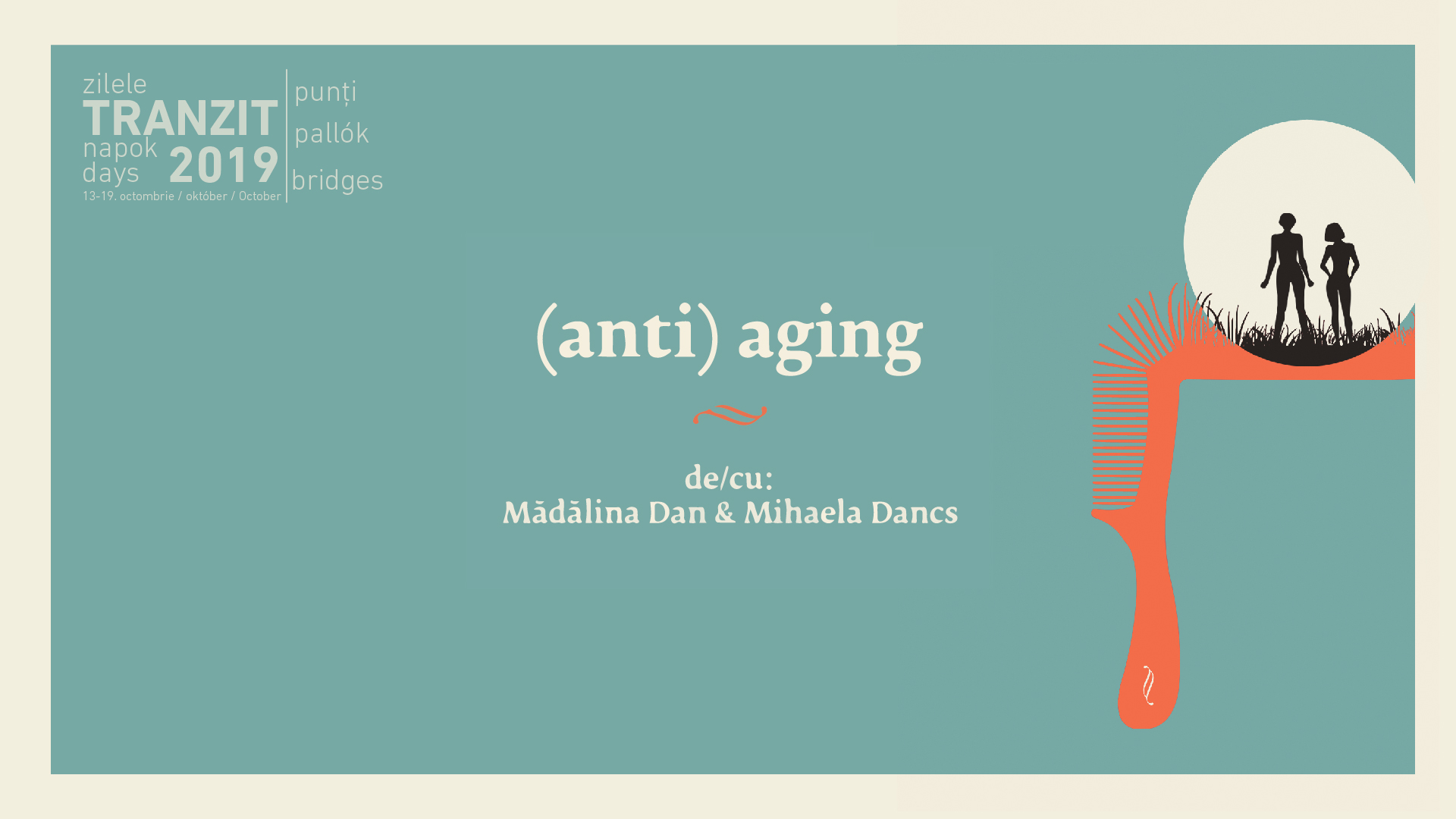