WORK. NO TRAVEL talks about Romanian migrants for whom working abroad has become the only possibility of survival, in the post-1989 economic context, marked by precariousness, massive privatization and social provisoriness. WORK. NO TRAVEL proposes a return to the first decade of labor migration after 1990 and investigates the multiple temporary displacements and relocations of those who have left abroad, working conditions, power relations and possible rescue communities. WORK. NO TRAVEL scans fragments of lives lived in insecurity and alienation, improvised lives that come to mean only one thing: money sent home for the family. Money raised with enormous sacrifices. Hard to reach! WORK. NO TRAVEL is based on two volumes of interviews - “Round trip. Conversations about working abroad ”made by sociologists Zoltán Rostás and Sorin Stoica and published in 2006 by Curtea Veche publishing house.

FREE PARTICIPATION EXCLUSIVELY BY RESERVATION BASIS at worknotravel@gmail.com
Participation is exclusively online, on the Zoom platform, and requires prior reservation. You need a device with a good connection to the net, a functional camera and microphone.
The show is PARTICIPATORY. You will receive a text that you will have to read during the show.

The Transitions. Euroregional contemporary art program is a project co-financed by the Administration of the National Cultural Fund, by the City Hall and the Local Council of Cluj Napoca, Bethlen Gábor Alapkezelő ZRT and the Communitas Foundation.
The project does not necessarily represent the position of the National Cultural Fund Administration. AFCN is not responsible for the content of the project or how the project results can be used. These are entirely the responsibility of the beneficiary of the funding. 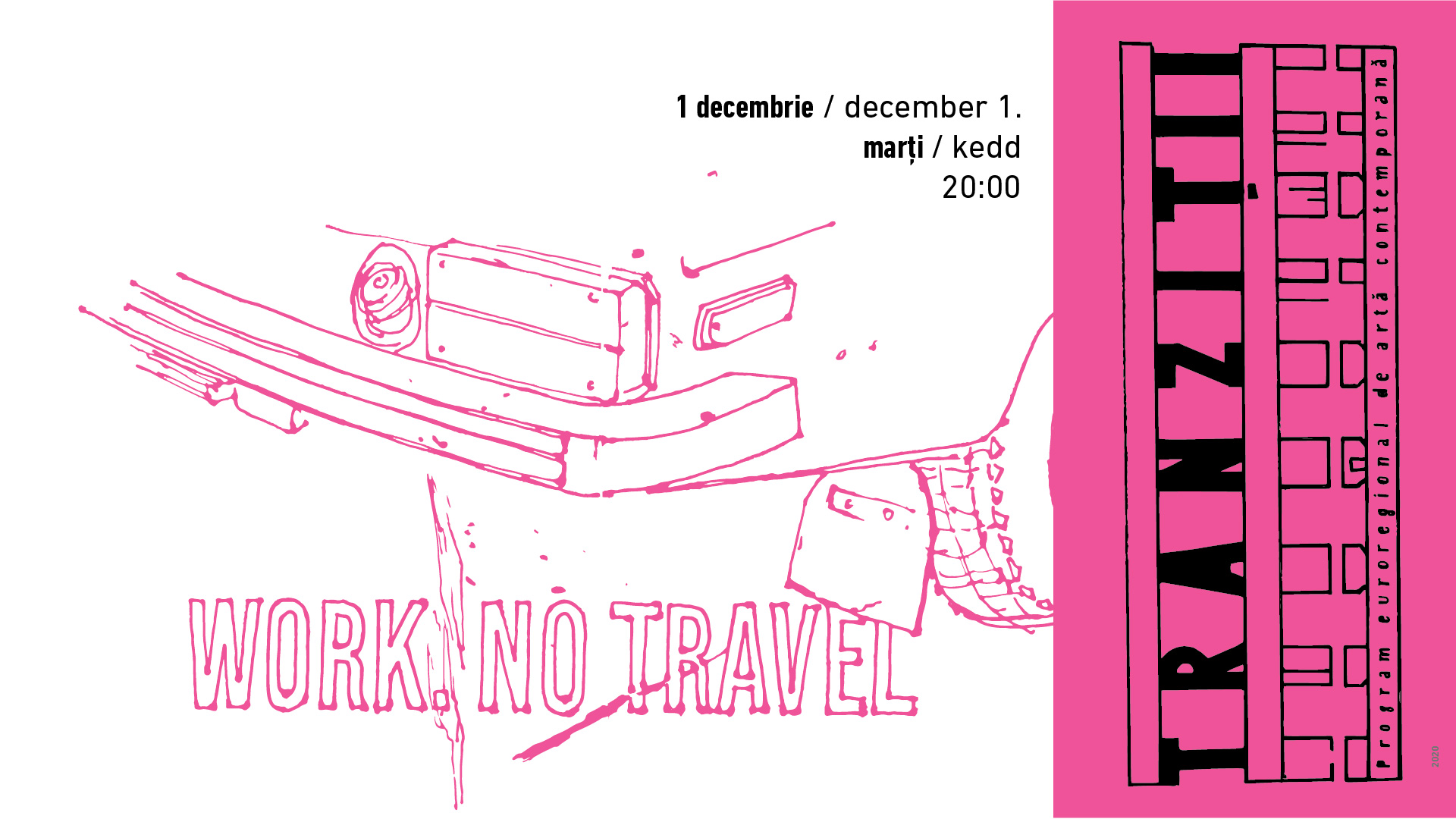