1. Sound Archive – lecture performance
by Ludomir Franczak
Lecture of Ludomir Franczak about developing and organizing the idea of “Sound Archive” – a construct that contains different materials for which sound is the central point of reference.
Hungarian translation: Cristina Brinzan-Antal, Seprődi Attila
Romanian translation: Silvia Netedu
‼️ Available on Vimeo from Dec. 2 starting at 11:00 till Dec. 4;
‼️ Live audition on Facebook Dec. 2 ,19:00;
‼️ Discussion with Ludomir Franczak on ZOOM on Dec. 2 at 20:00;
(registration on the address reserve.tranzithouse@gmail.com) *afterwards the lecture will be included in the Tranzit Foundation Archive and available by solicitation.

2. Atlas of Sounds / The Well
script, direction, video – Ludomir Franczak
music & sound design – Marcin Dymiter
voices: Irena Jun, Marcin Barski, Ludomir Franczak, with special participation by Louise Steinman
cooperation – Magdalena Franczak
production – FestivALT
Hungarian translation: Molnár Péter
Romanian translation: Silvia Netedu
Atlas of Sounds is an auditory performance project by Ludomir Franczak that brings together stories that share common perspectives, revealing private worlds, strange collections and impossible archives. The work encourages deeper sensitivities to auditory sensations, as we travel through time and space, listening to the earth that holds our ancestors remains. Atlas of Sounds / The Well was commissioned by FestivALT – festival of Jewish Culture in Cracow. It is an audio work based on the Breathing Mountain project, which was made together with Magdalena Franczak in 2015 in the city space of Lublin as part of the Konfrontacje Festival and the Six Verbs Movement. The drama focuses on the city’s auditory sphere and on some lesser known remaining fragments of Lublin’s large pre-war Jewish community. The work is partly based on the sound recordings that were made in the building that houses one of the few remnants of the former Jewish Town: The Well.
‼️ Available on Vimeo from Dec. 3 starting at 11:00 till Dec. 4;
‼️ Live audition on Facebook on Dec. 3 at 19:00;
*afterwards the work will be included in the Tranzit Foundation Archive and available by solicitation.

3. The Fog Seems to Come from the Outside
script, direction, video – Ludomir Franczak
music & sound design – Marcin Dymiter
performers –WATLER – Jan Świderski / Krzysztof Wakuliński, LISA– Aleksandra Śląska, ZOFIA – Irena Jun, NARRATOR – Przemysław Stippa, PTASZKA – Marta Malikowska
vocal - Aleksandra Klimczak
Hungarian translation: Molnár Péter
Romanian translation: Silvia Netedu
Radio play based on the writings of Zofia Posmysz, especially The Passenger which has a long history riddled with a huge number of coincidences and plot twists. However, its foundational experience is the author’s visit to Paris. She travelled there as a Polish Radio correspondent on the inaugural flight between Warsaw and Paris in 1946. She only had a couple of hours to see the city, so she went to the centre and there, in the noisy and crowded Concorde Square, she heard the voice of the guard she was subordinate to as a prisoner in Auschwitz. And with that voice came the past – forcefully, like violent wind. The past which had accumulated in the memory of her body, causing her to become stiff and paralysed, bringing fear which had been smouldering deep inside her and had never really vanished. The voice, as it turned out, belonged to someone else entirely, but the experience became a source of Posmysz’s reflection on the nature of sound.
‼️ Available on Vimeo from Dec. 4 starting at 11.00 till the evening;
‼️ Live audition on Facebook on Dec. 4, 19:00;
‼️ Q&A with the artists on ZOOM on Dec 4 at 20:00;
(registration on the address reserve.tranzithouse@gmail.com)

The representation is part of the Transitions program.
The Transitions Project. Euroregional contemporary art program is a project co-financed by the Administration of the National Cultural Fund, by the City Hall and the Local Council of Cluj Napoca, Bethlen Gábor Alapkezelő ZRT and the Communitas Foundation. The project does not necessarily represent the position of the National Cultural Fund Administration. AFCN is not responsible for the content of the project or how the project results can be used. These are entirely the responsibility of the beneficiary of the funding. 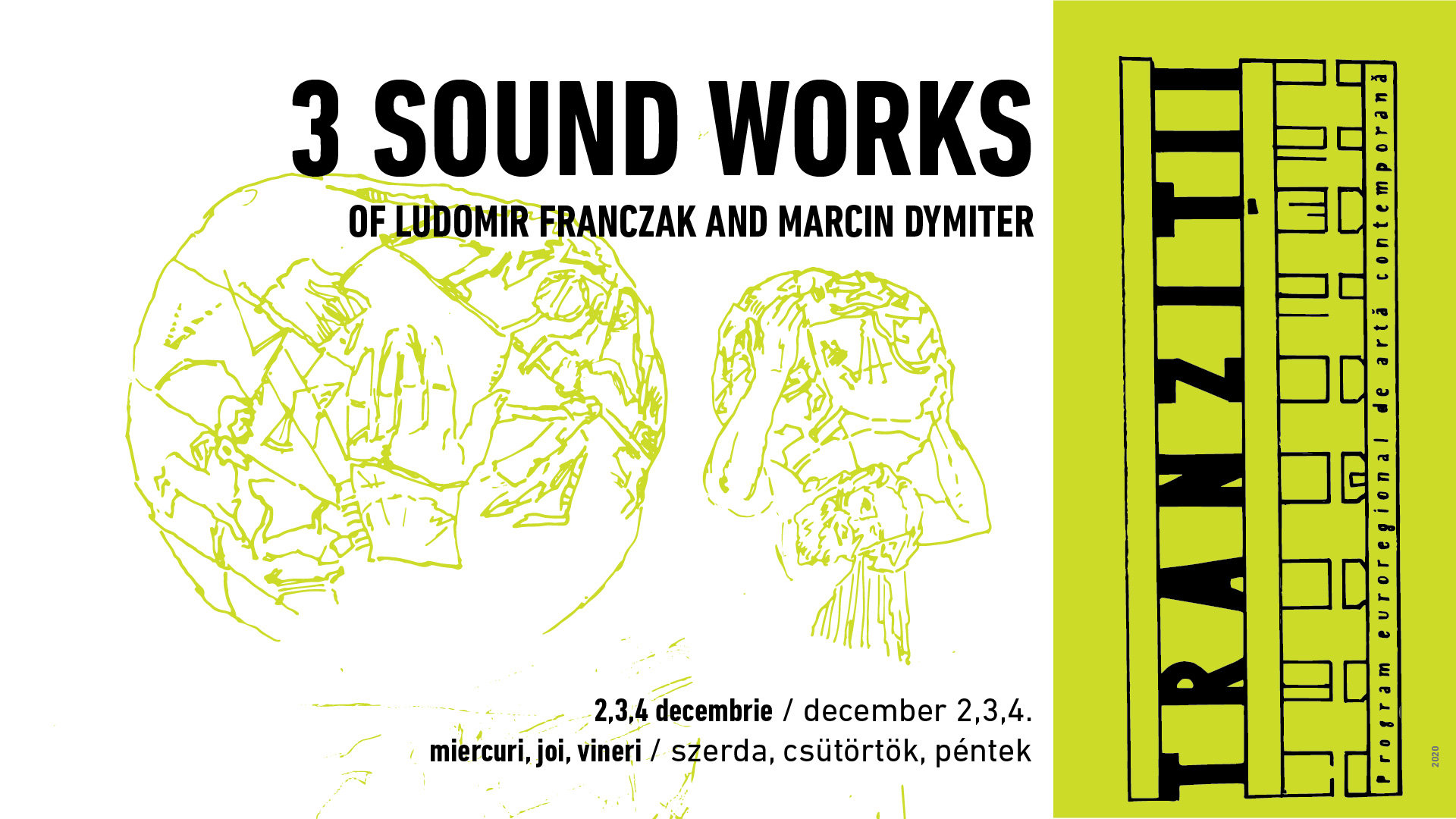