Open seminar / Film club about the representation of the Roma in anthropological films from Transylvania
Organizers: Hungarian Institute of Ethnography and Anthropology, UBB and Tranzit Foundation
The film club co-organized by the Hungarian Institute of Ethnography and Anthropology UBB Cluj and the Tranzit Foundation presents the Open seminar of the course Representation and Power within the Master’s program Culture and society - between tradition and modernity.

ROMA PORTRAITS FROM TRANSYLVANIA
Cinematographic representations of the Roma from Transylvania

Pölcz Boglárka (1977) and Pölcz Róbert (1975) began working on visual representations after previous studies in theology. They made several experimental short films, being screened and awarded at several film festivals.

The film Safari (2001) gives the impression of a film made by some adventurers who have returned from an exotic journey. In reality, the terrain is as close as possible to us: the Roma community from the village of Nadișu Hododului in Sălaj. Although the film was shot over a single day, but it is based on five years of field research and the development of long-term relationships. In 2002 the film was awarded at the Antalya Golden Orange International Film Festival and the Hungarian Film Festival in Budapest with the award for best experimental film. 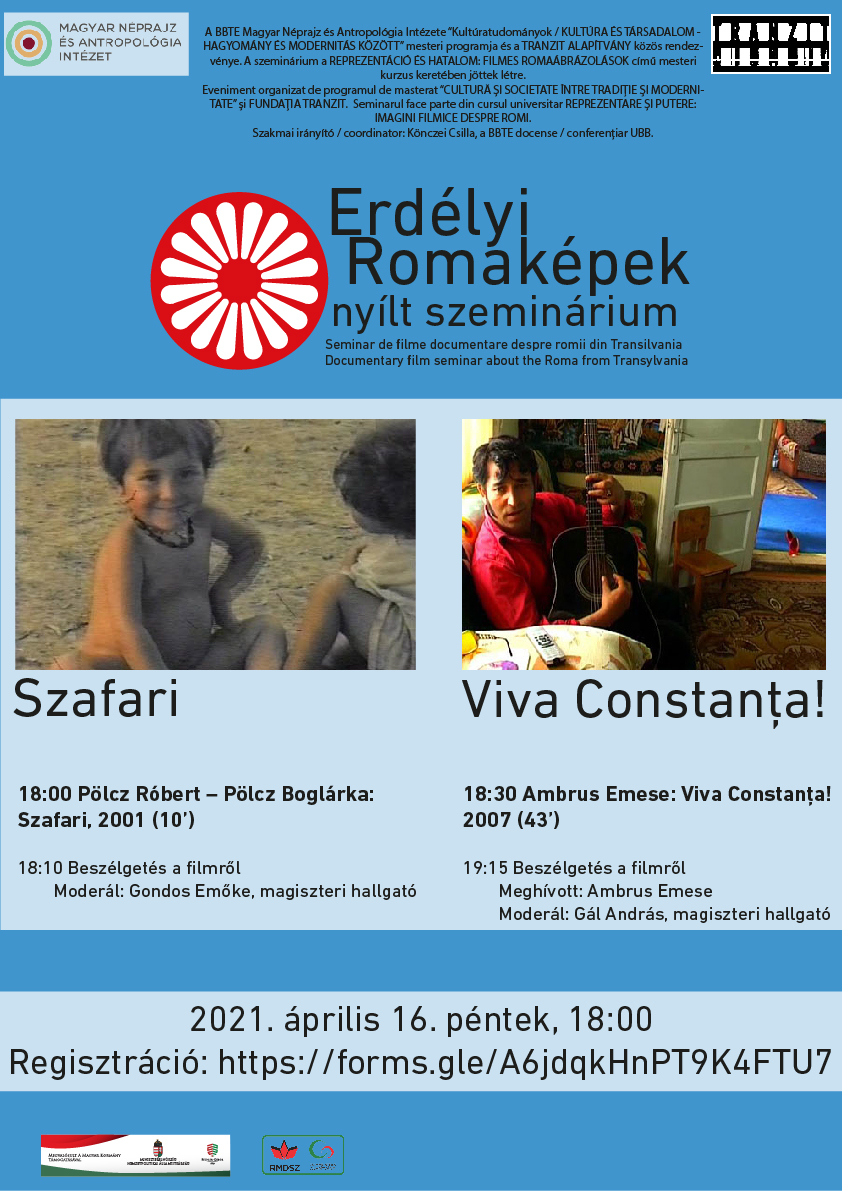