The Hungarian Institute of Ethnography and Anthropology UBB Cluj and Tranzit Foundation present this year’s open seminar of the Film and Anthropology course:
BACKSTAGE
Behind the scenes of Anthropological and Documentary Film Festivals and Institutions
16:00 Discussion on MEDIAWAVE International Film Festival
17:00 Jenő Hartyándi and László Villányi: The Flamingo`s Knee – A Portrait of Ottó Tolnai (2001, colour, Hi8 video, 45 min, nonconventional film portrait)
Discussion about the film. The discussion is held in Hungarian.
Invited: Jenő Hartyándi, founding director of MEDIAWAVE International Film Festival
Moderator: Réka Bakos, student of ethnography and anthropology
Seminar coordinated by Csilla Könczei and Réka Csiki
The event is free of charge, registration is required.
Registration: https://forms.gle/ExrSZ6GKE1PShCxv6
The festival was first called the International Film and Video Arts Festival in 1991, and since 1994 it has been known as the “FÉNYÍRÓK FESTIVAL (OF LIGHT WRITERS)”, internationally as “ANOTHER CONNECTION”, but in Hungary it remains Mediawave. Mediawave is the largest Hungarian and internationally publicised film festival. Over the years, the festival’s palette has been expanding, opening more and more doors for its visitors. Since 2002, the organisers have changed the name of the festival to “International Film and Music Festival”, and since 2007, the focus has moved beyond film and music to include youth workshops, which are aimed at new generations. For more information, visit the festival’s information-packed website: http://www.mediawave.hu/
Jenő Hartyándi has been involved in filmmaking since 1975. In addition to documentary films, he has also made experimental, dance and short feature films. He also works as a cameraman. He has won numerous awards, including at national independent festivals, the Hungarian Film Festival and major international festivals. Since 1990 he has been the founder and director of the Győr Visual Workshop Association. Since 2005 he has been a board member of the Hungarian Festival Association.
Ottó Tolnai, born in Kanizsa, is one of the most important figures of contemporary Hungarian literature in Vojvodina. The portrait film about him was screened at the 2002 edition of the Hungarian Film Festival competition. The film was shot between 1996 and 2001. Tolnai takes us on a journey to many places of importance to him throughout Vojvodina, while also giving us a closer look at his poetry. 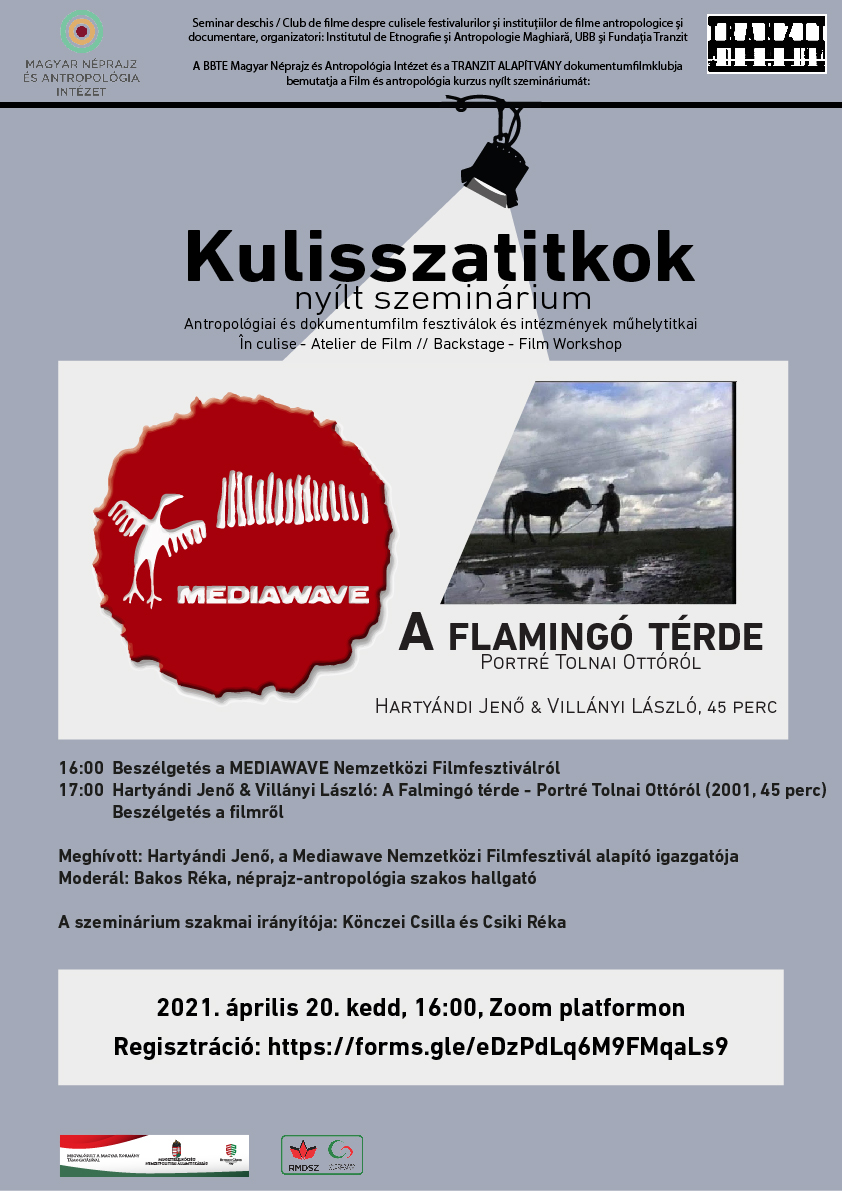