Veraart Orsolya
Ethnographer, visual anthropologist, documentary filmmaker and fiber artist. She studied ethnography and visual anthropology at Babeș-Bolyai University in Cluj and the Arctic University in Norway. She studied circular and sustainable fiber theory at Wageningen University in the Netherlands, and textile art at Vámszer Géza Folk Art School. His films have been shown in numerous international anthropological film festivals, his textile works have been awarded by the House of Traditions. She is a collaborator of the NAFA (Nordic Anthropological Film Association) festival and co-founder of CinéTrans.

NAFA - Nordic Anthropological Film Association
The NAFA film festival has been organised since 1979 with a special focus on anthropological documentary films. The association has been operating since the mid-1970s. NAFA’s members are mainly anthropological institutions and museums in the Nordic countries, but it also has many independent members worldwide. NAFA’s film archive aims to facilitate education and research. The 40th NAFA festival will take place from 29 September to 2 October 2021.

Man of Nature and Me
A film by Orsolya Veraart
Shot in the forest and hills surrounding a small Transylvanian village in Romania, the film portrays Gabi, a fisherman and forager. We enter his life closely connected with nature. We get to know what he thinks and how he feels about nature; Romania and life in Romania, the fate of the average Romanian surfacing now and then.
The film also presents how the relationship between Gabi and the film student unfolds, and how this development influences the course of the film. The narrative turns into a metanarrative on the filmmaking process; and the initially perhaps naïve, charming film turns out to be different. 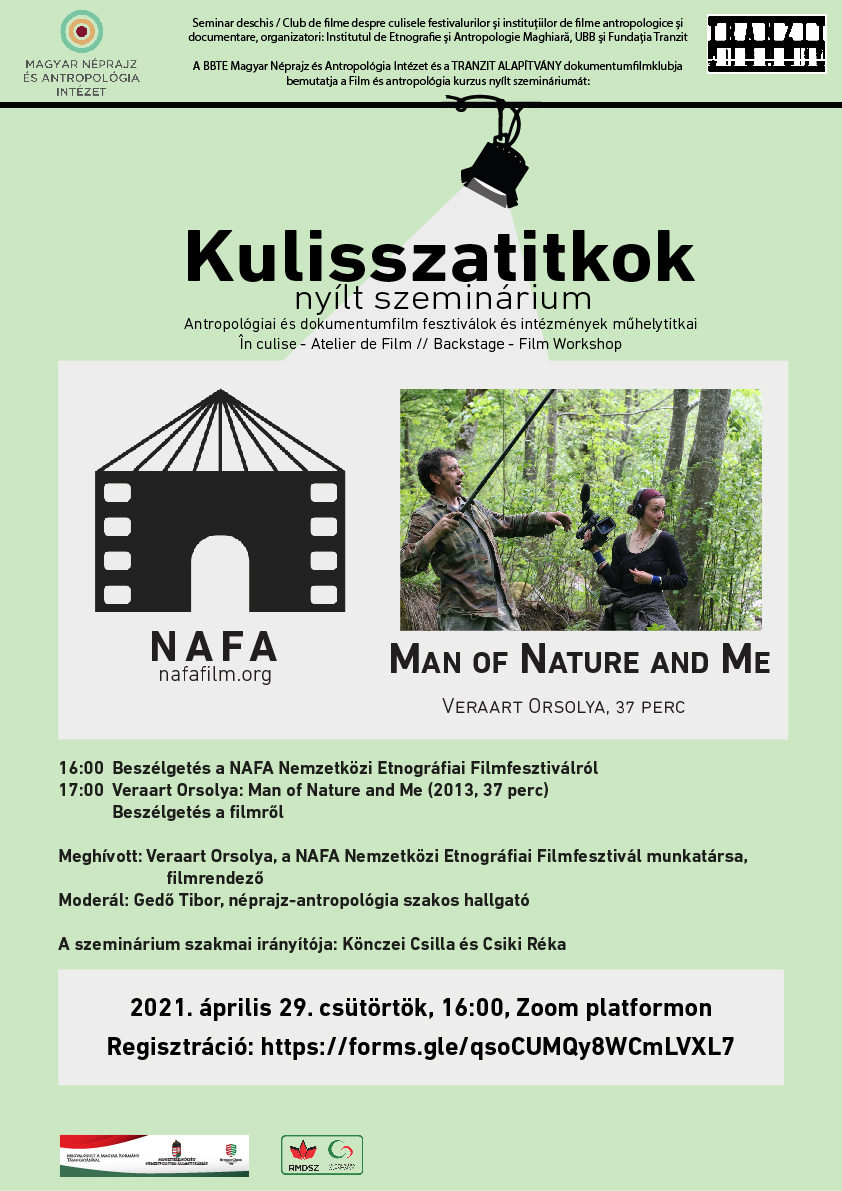