Organised six times between 2002 and 2010, the festival aims to present some of the most interesting and sensitive European documentaries. The films selected for competition were primarily those that had a cultural anthropological perspective, i.e. were based on serious fieldwork, reflected the values of the characters in the film and witnessed the director’s personal involvement.

The screenings, discussions with invited directors, producers, actors and other film experts made the festival a real event. The 4-5 day event included an international field, a Hungarian ethnographic film competition, a retrospective programme and workshops.
Dialëktus was also the starting point for the Foundation’s film collection and subsequent film distribution projects.

Since the 1990s, Zoltán Füredi has been one of the main initiators of the promotion of anthropological film in Hungary, the introduction of anthropological film in Hungary and the use of anthropological films in education and social education. Together with his wife Orsolya Komlósi, he is the initiator of numerous film festivals, film events, conferences, distribution and film development projects, the initiator of the DocuArt film collection and the Strangers in my Garden film collection, and the founder of the first Hungarian documentary cinema, DocuArt. He has been a board member of the documentary section of the Hungarian Film Artists Association between 2005-2008, and a member of the Documentary Filmmakers Club since 2009. He has been the vice president of the Hungarian Society of Cultural Anthropology between 2012-2016 and member of the board of directors since 2017, member of the board of directors of the Hungarian Cave and Cave Research Association since 2016.

In the North Country, we are witnessing a reapprochement between the filmmaker and the community, but without losing sight of the film’s subjects. We see not only the foresters, the cavers and the charcoal burners, but also how the filmmakers interact with them. Even if the director is never seen in the film, we feel his presence. The film reveals moments where the director and the filmed meet. The film was shot in 1998 in the Bükk Mountains and Répáshút village in Hungary. Although the North Country itself is a mythical landscape, the village of Répáshuta and the Slovak forest workers who live there exist within it: the film presents four aging men, four different characters, four traditional forest crafts, four seasons. 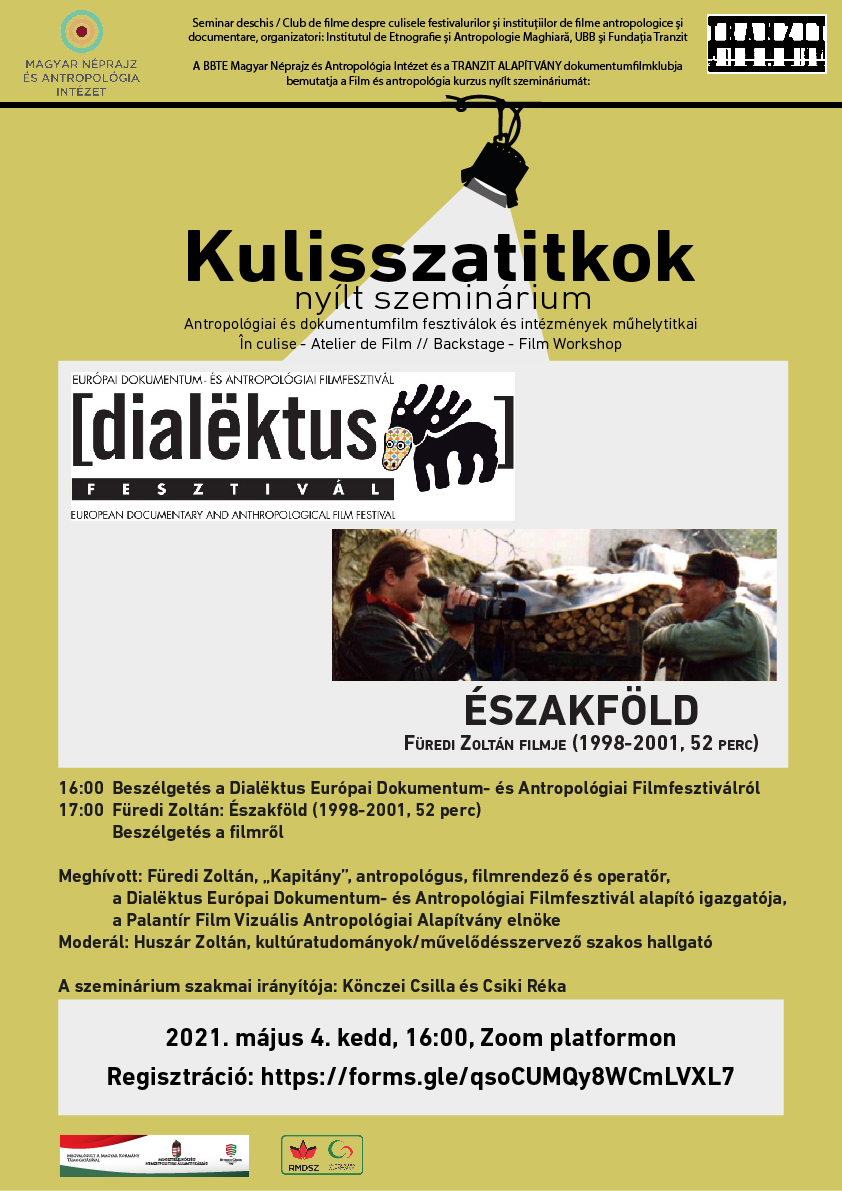