The Film Club co-organized by the Institute of Hungarian Ethnography and Anthropology UBB Cluj and the Tranzit Foundation presents the open seminar of the course Representation and Power within the master program Culture and Society - between tradition and modernity.
ROMA PORTRAITS FROM TRANSYLVANIA
Cinematic representations of Roma in Transylvania

The film is presented by: Szűcs György Áron, MA student

Kőszegi Edit (1952, Gyula) is a documentary and fiction film director, dramaturg and screenwriter. She completed her studies at the Department of Library and Popular Education at ELTE University in 1975 and then studied at MaFilm College. From 1980-1990 she was a scriptwriter at the Hunnia Film Studio, after which she was a dramaturg and a member of the management of the Hétfői Műhely Studio. Since 1994 she has been the managedcoordinator of the Roma collection of the Budapest Ethnographic Museum. Her work has been awarded several prizes: in 1998 she received the Hungarian Film Critics’ Award for Best Screenplay, in 2007 she received the Hungarian Film Festival Award for Best Documentary, and in 2014 she received the Balázs Béla Award.
Can we escape into love? Are faith and love escape strategies? All this in the case of a woman who loses her husband, brother, and even her own health is endangered. He takes care of his sons, who, after growing up, find their mate as well, and so “Life goes on”.

In the film made by Kőszegi Edit and Szuhay Péter we have the chance to meet Eta and her story, who herself contacted the film crew to make the production. The viewer has access to a nuanced image of the Roma community in Hungary where the protagonist lived. As soon as Eta moved to Romania, the film crew joined. 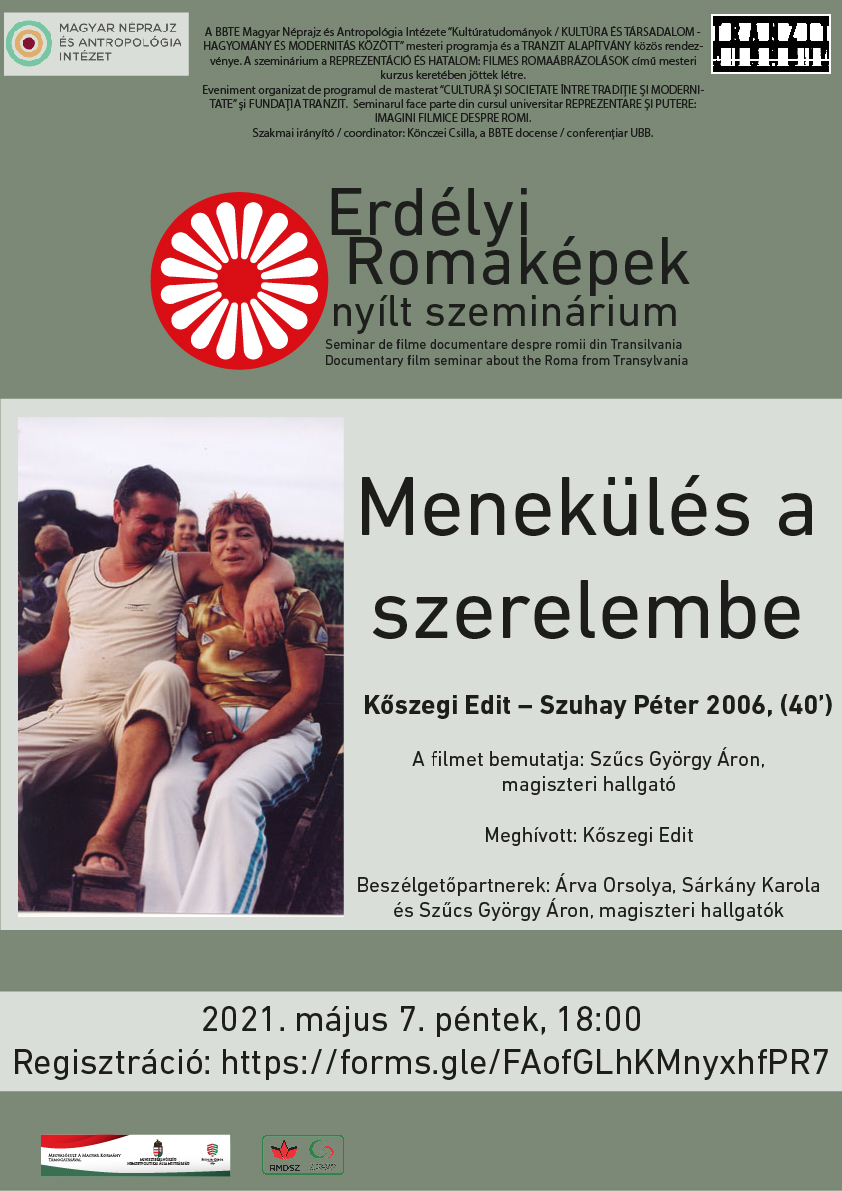