Michael Sinclair Stewart
Anthropologist, documentary filmmaker, producer, writer, festival director.
Born in 1959, in 1981 he graduated from the Department of Cultural Anthropology at the London School of Economics. He pursued his doctoral studies at the same university. Between 1984 and 1986 he moved with all his family for 15 months to a Roma community in Heves County, Hungary, where he learned Hungarian and Romani languages. The result of this fieldwork was his book ”The Time of the Gypsies”. He is currently a lecturer at University College London, and also he teaches at Central European University. He is the director of the renowned Open City Documentary Festival in London.

Open City Documentary Festival
The London-based festival, as the name suggests, seeks to provide an open space for those documentary filmmakers and creative writers who wish to artistically portray the world around us, human relationships, contemporary social issues, emotions, groups, in a word our everyday reality. In addition to film screenings and community building, the festival also offers training and professional and technical support for established and early-career filmmakers who want this support in making their dream films.
https://opencitylondon.com/

Taste of Hope (2019)
Each of us has an image of people sitting and working next to conveyor belts in huge factories and plants. Almost all of us have relatives, acquaintances either abroad or at home working next to conveyor belts in multinational companies. We may have worked like that too… But do we have the image of workers dancing to the music of noisy machinery at the end of the day?
In 2010 in France a multinational tea processing and packaging company announced the closure of the company and the dismissal of employees. But the employees didn’t give up. They decided not to let their jobs go to waste, they took to the battlefield and fought for their jobs, their families and the hope of a brighter future. It was a modern, contemporary battle between David and Goliath.
After 1336 days of resistance and struggle, they defeated the multinational company, took control of the tea processing factory, took their fate into their own hands. Laura Coppens’ film Taste of Hope is the result of two years of fieldwork and shows us the conditions of this victory. It also shows us its costs. How a labour cooperative, whose members are unfamiliar with market tactics, tries to survive in a market of multinational companies and fierce competition in the world of global companies, when issues are decided by a show of hands, and when even the cleaning woman has a say in the colour of the product packaging. The film introduces us to very human personalities in the world of large companies with lots of employees. The frames of the film, the faces of the characters, the conversations they have, the glimpses into an uncertain future have an air of hope and confidence, they feel like the smell of mint tea in the room on a winter’s morning. 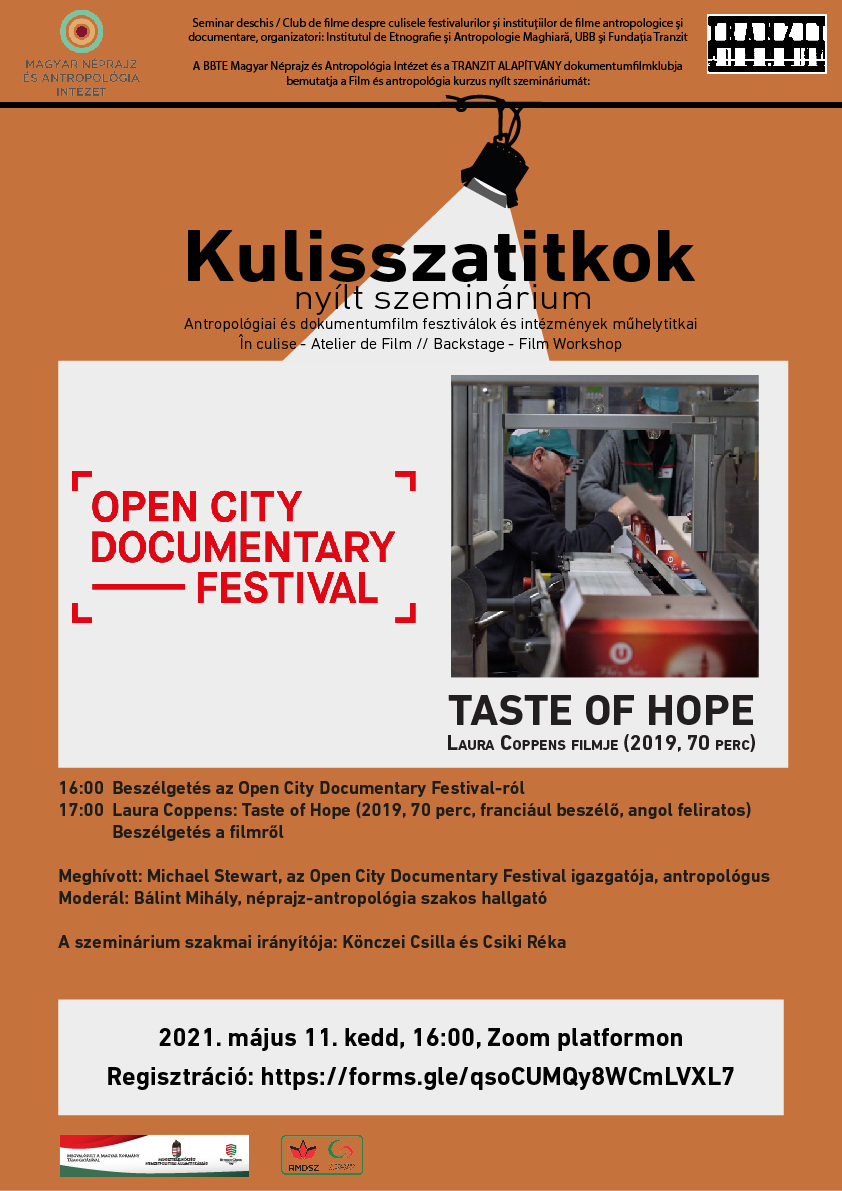