This event is free, but requires registration.
Registration: https://forms.gle/nLYtusVgM8Xgy6Wo6

The International Documentary and Human Rights Festival One World Romania started in 2008. This year the 14th edition is taking place in Bucharest between 11–20th June.
In 2009 the festival team created the One World Romania Association, to ensure an institutional framework for the events, because, in addition to the festival which community grows from one edition to another, the association organizes various events - echoes of the festival - throughout the year. One of these successful projects was the launching of a DVD collection that includes documentaries from the selections of each edition of the festival. Their goal was to make hard-to-reach films available to the public and to promote Romanian documentaries.
In addition, the association is also participating in the integration of documentaries in the educational process in Romania. Since 2015, the association has organized the One World Romania in Schools program in the field of education. They support students in organising film clubs as an extracurricular activity and also choose some of these students to be part of the High School Jury at the One World Romania Film Festival each edition.
Another project initiated by the association in 2015 is the KineDok program powered by One World Romania. In the form of a shared experience that goes beyond the traditional walls of the cinema, KineDok comes to clubs, cafes or attics in several small towns of Romania and invites the public not only to screenings but also to informal discussions with experts, directors or even protagonists of the films.

Andrei Rus began his higher studies in Bucharest at the National University of Theater and Cinematography “I.L. Caragiale”, specializing in Audiovisual Communication. After graduation, he became university lecturer at the same institution, and since 2009 he has coordinated the film magazine Film Menu, made by the students. As a film critic, his writings had appeared in several magazines over the years. He has been part of the jury of several international film festivals. Currently, in addition to the position of university lecturer, he is the artistic co-director of the International Documentary and Human Rights Festival One World Romania.

After her theater studies in Paris and Bucharest, Vanina Vignal started her career as an actress. She then worked as an assistant editor and an assistant director, before turning to her own author documentary projects. Her activity as a cineast is not limited to her own films. It includes cinema lectures, which she is giving in French and Romanian in schools. Together with the French Embassy in Romania and NexT Cultural Society, she is co-founder of „Education à l’image”, an important project of film education in the Romanian schools. Vanina is regularly a jury member in international film festivals, and she is translating film subtitles from Romanian to French. Currently she is the artistic co- director of the International Documentary and Human Rights Festival One World Romania. 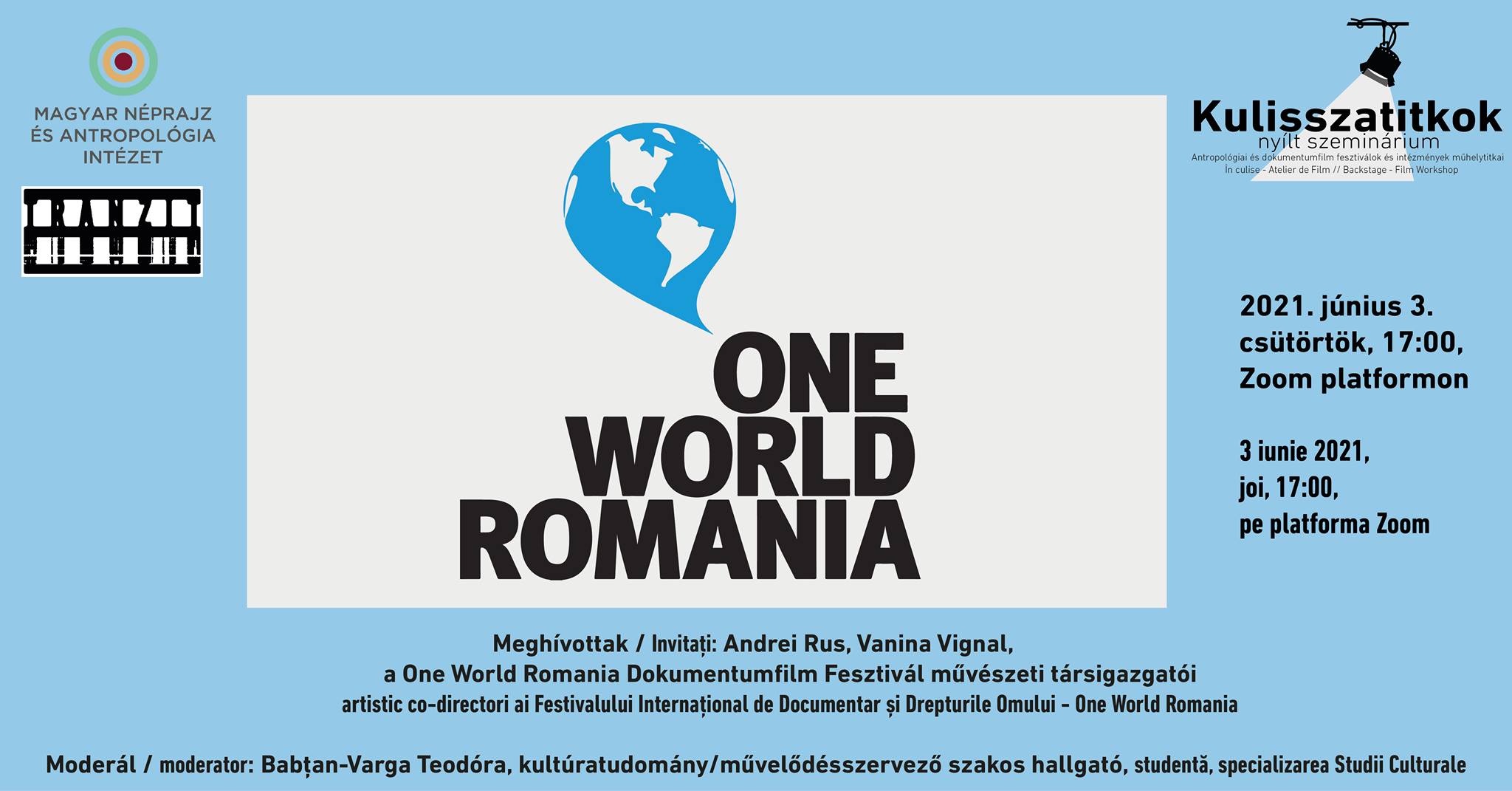