The Film Club co-organized by the Institute of Hungarian Ethnography and Anthropology UBB Cluj and the Tranzit Foundation presents the open seminar of the course Representation and Power within the master program Culture and Society - between tradition and modernity.
ROMA PORTRAITS FROM TRANSYLVANIA
Cinematic representations of Roma in Transylvania
18:00 Lakatos Róbert: Casino Transsylvaniae, or Gamsters (2005, 26 min) - documentary in Hungarian and Romanian. Produced by Inforg Studio.
Lakatos Róbert: Bahrtalo! (2004, 25 min.) - documentary in Hungarian and Romani with English subtitles. Produced by Nikolaus Geyrhalter Filmproduktion.
Guest talks (in Hungarian.)
Guests: Lakatos Róbert, director, Gábor Lajos and Boros Lóránd, stars of Bahrtalo! and members of the Casino Transsylvaniae team
Moderators: Takács Zoltán and Olosz Brigitta-Gyöngyike, MA students
Seminar coordinated by: Könczei Csilla
Free event, registration required.
Registration: https://forms.gle/FAofGLhKMnyxhfPR7
Lakatos Róbert is director, screenwriter, cinematographer, expert, producer. He has directed several documentaries, short films, feature films, animations, comedies. In his films he expresses his own personality and the environment he comes from: the Transylvanian atmosphere. In his works, he presents a thousand faces of cultural diversity in Transylvanian landscapes, with Transylvanian people; all this in documentary, fictional-realist, grotesque images. It is difficult to assign a specific genre to his films, as they are all characterised by a mixture and blending of different traditions, from which he creates a new mode of representation. His feature films are made with documentary techniques, while his documentaries are strongly influenced by the principles of fiction.
Currently, in addition to his work as a filmmaker, he is a professor at the Faculty of Photography, Film and Media at the Sapientia Hungarian University in Transylvania, vice-president and artistic director of the Argo Audiovisual Association in Cluj and founding member and president of the Transylvanian Hungarian Film Association.
For more information: http://film.sapientia.ro/en/staff/dr-robert-lakatos
Gábor Lajos „Lali” is a tinkerer, boilermaker, potter, an internationally renowed actor and visual artist, member of the Gábor community. Born in Oradea, he has been involved in traditional crafts, has appeared in several films, and his artistically executed copper works have been exhibited in many places. His best known exhibit is a brass violin. François Bréda wrote a book about it, entitled Lali’s Feasts.
Boros Lóránd has a degree in ethnography from BBU Cluj-Napoca and, in addition to his work as an ethnographer, is a tour guide, cultural manager, producer, scriptwriter and film director. His acting skills were highlighted in the film Bahrtalo! in which he starred together with Gábor Lajos „Lali”.
The film Casino Transsylvaniae, directed by Lakatos Róbert in 2005, can be interpreted as a moving Transylvanian “anziks”. It is set in Cluj, Ghimeș and Comănești in the 2000s. The film presents the image of the Transylvanian city of Cluj, with its great past, and, through it, the image of the former socialist Romania 16 years after the change of regime, with its typical train stations, “block rings”, squares and “all kinds of people” filling them, masked men from Moldavia, roma musicians and, of course, street dogs.
"The real is filtered through a surreal sieve. You never know what might slip through."
Let’s see what slipped through!
Filming for Bahrtalo! began in 2003 as the Hungarian episode of the documentary sketch series “Across the Border - Five views from neighbours”, each consisting of 25-minute chapters. The short film, set in Austria and Hungary, was later expanded to include scenes from Egypt and made into a feature film. According to the director, during filming, situations were set up, the actors were given the broad outlines of how each scene should unfold, and both were allowed to be themselves. The source of humour in the film is the personalities of the two main characters, Lali and Lóri, and the way they react to the situations created by the director. The language games remain an important tool in this. The title of the film, in romani, means “Good luck”, an expression that Lali often utters, regardless of the mother tongue of the interlocutors or the location, forming a bridge between different nationalities. Bahrtalo! Good Luck! won the Europa Cinemas Label Award at the Karlovy Vary International Film Festival in 2008. 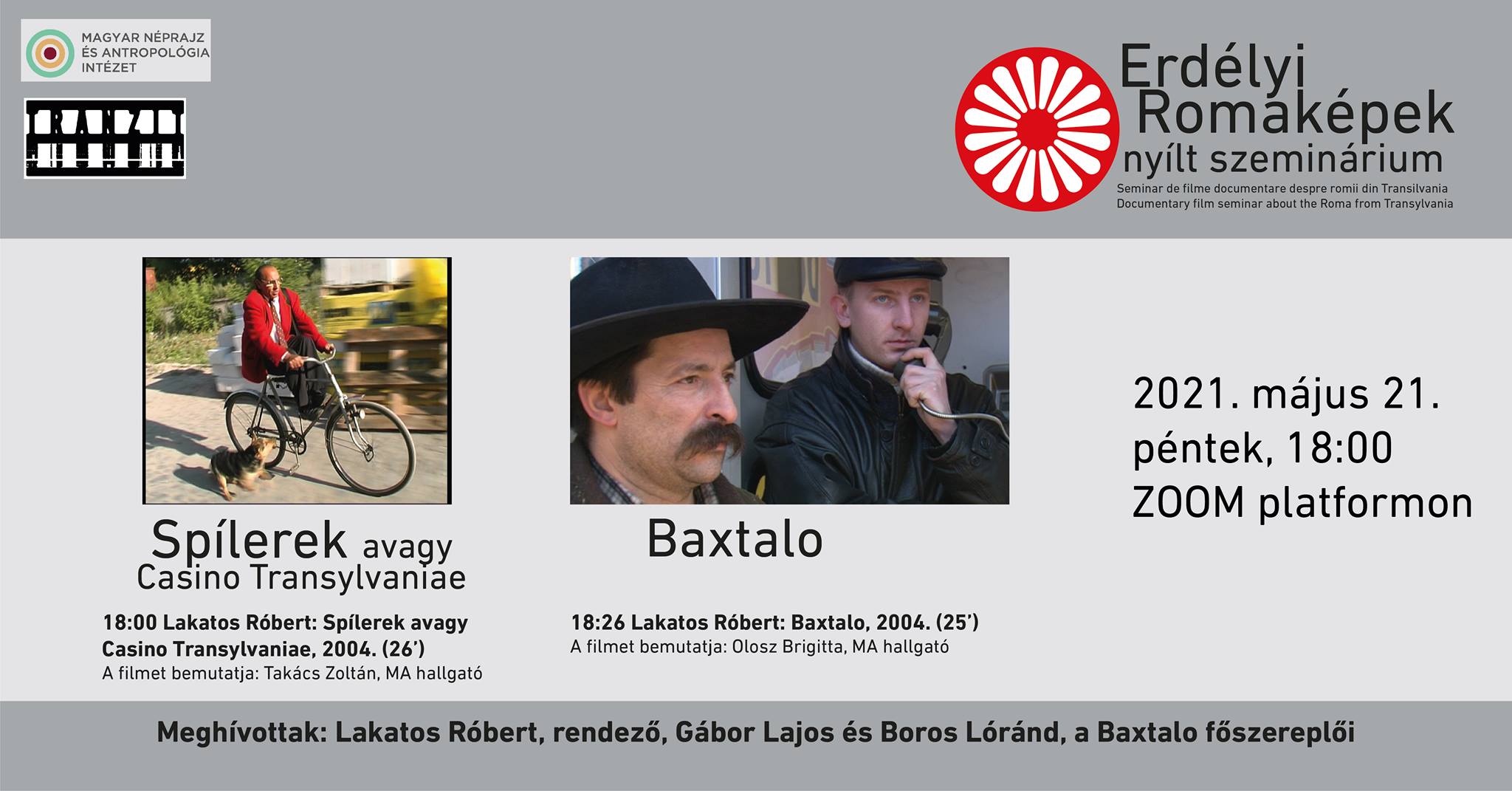