In some form 2.0
musical performance

What do we find if we go beyond the boundaries of the concert genre? Can we nuance the formal relationship between spectator and musician? Can the performer hide in the twilight? We ask ourselves such questions in our musical performance. We play with the frameworks of performance, with the conventions of the concert genre, we play with each other. Sound and image, darkness and light, score and improvisation - in some form this will happen.

Panna Adorjáni is a performance maker, theatre thinker, interdisciplinary artist. By qualification she is a playwright and theatre studies expert, but believes that her twelve years of classical music education were also formative. She signed her first contract when she was 16 to play violin in a show, and has since tried her hand at many theatre-related roles. She has been a critic, editor, playwright, assistant director, prompter, musician, composer, festival organiser, performer, translator, theatre-maker, and has given workshops and seminars. He is currently a PhD student and works in collaborative formats. She is interested in the possibility of reconciling theory and practice and in the ways in which hierarchical systems of theatre might be reconsidered to create horizontal and interdisciplinary processes. Her PhD research focuses on patterns of collective creation in underground theatre cultures in Romania and Hungary in the 1960s, 1970s and 1980s.
Áron Ferencz is a percussionist, but also enjoys playing other instruments. He feels grateful that he can play music.
Dániel Láng is a musician, educator and performer, currently living in Cluj-Napoca. He has been involved in music since the age of eleven, studying classical percussion in Cluj-Napoca and jazz drums in Budapest. Together with the artist group Universal Pleasure Factory he has collaborated in several collective creations. Besides his artistic projects Dániel teaches drums.
Péter Visky studied classical guitar at the Academy of Music in Cluj and then moved to Budapest, where he tried his hand at jazz. He is currently composing and teaching guitar. He finds improvisation and effects very interesting in music and is fascinated by playing with form and rhythm.

The concert is part of the REZONANȚE - New Music Programme.
Admission is free, but a valid COVID green certificate is required.
Please arrive at least 10 minutes early to avoid crowd formation. 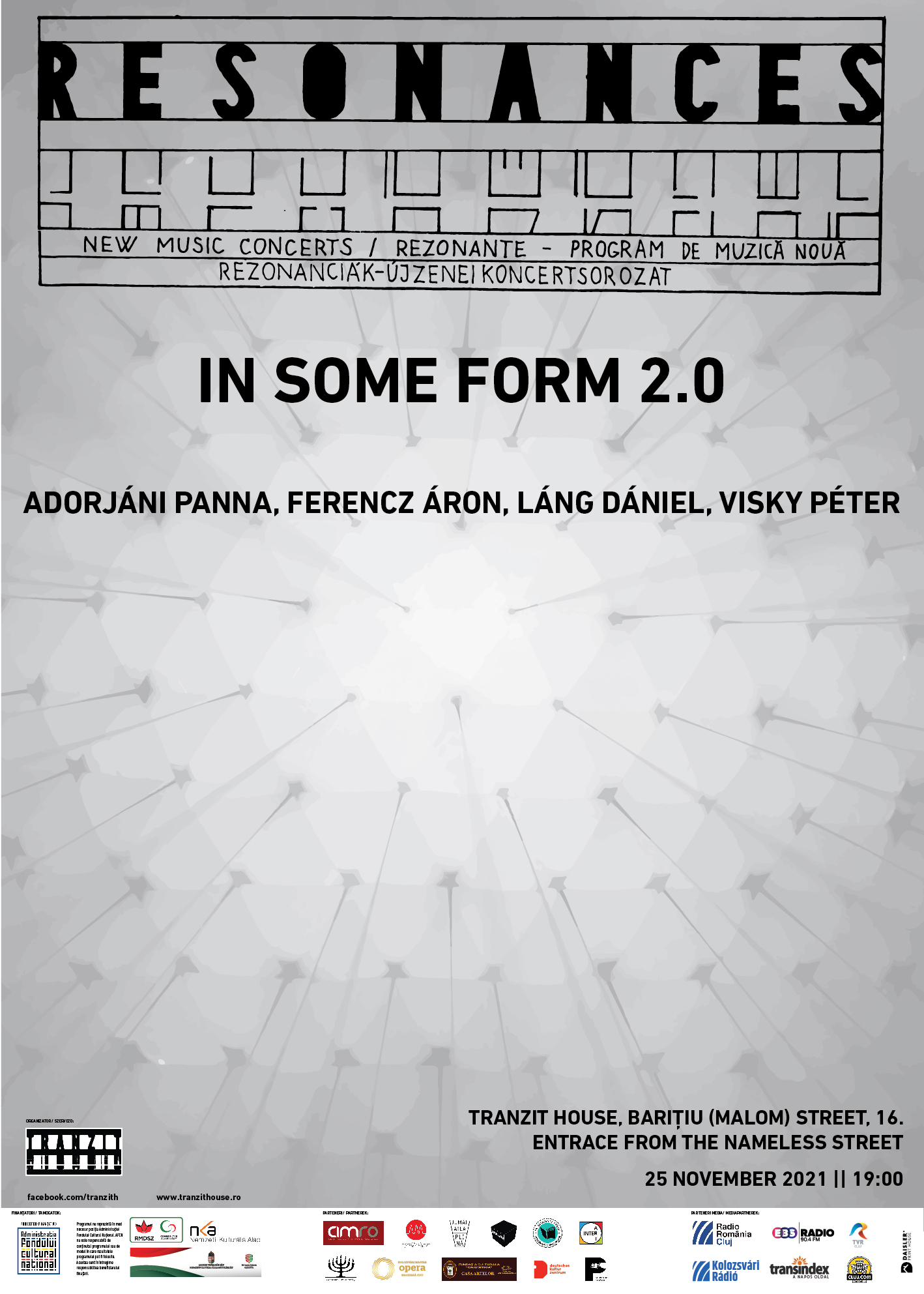