Oil gobblers // Between Reality and Fiction

Jan Svěrák (1965-) Czech actor, film director, screenwriter. Between 1983 and 1988 he studied documentary film at the University of Cinematography in Prague. His world-successful short film “Oil gobblers” was his diploma work at the university, for which he was awarded the “Student Oscar Award”, the Students’ Academic Prize, in 1989.
The story of the film follows the discovery by scientists of a new species of animal that feeds on petroleum and feasts on plastic. Unlike humans and other advanced living creatures, this species feeds on carbon dioxide. It lives a hidden lifestyle, which is why it is difficult for researchers to track it down. The research team organises an expedition to track it down. The location - the creature’s habitat - is a run-down mining district in northern Bohemia. They find the “oil-eater” in a coal mine, capture a young specimen and begin to study it. It is later released back into its natural habitat, as it is decided that it is not in danger of extinction. They prefer exhaust fumes to air, and oxygen is harmful to them. The ‘discovered’ small mammal is also given a scientific name in the film: Pacurofagus oxitoxicus.
The absurd story, which is in fact an ironic visual pamphlet against increasing pollution, was believed by many at the time of its launch to be true. In the post-screening discussion, participants will explore the means by which the filmmaker used to deceive the audience, how it is possible that a great part of the audience buy into the completely implausible news, and how the mechanism of fake news propagation works. 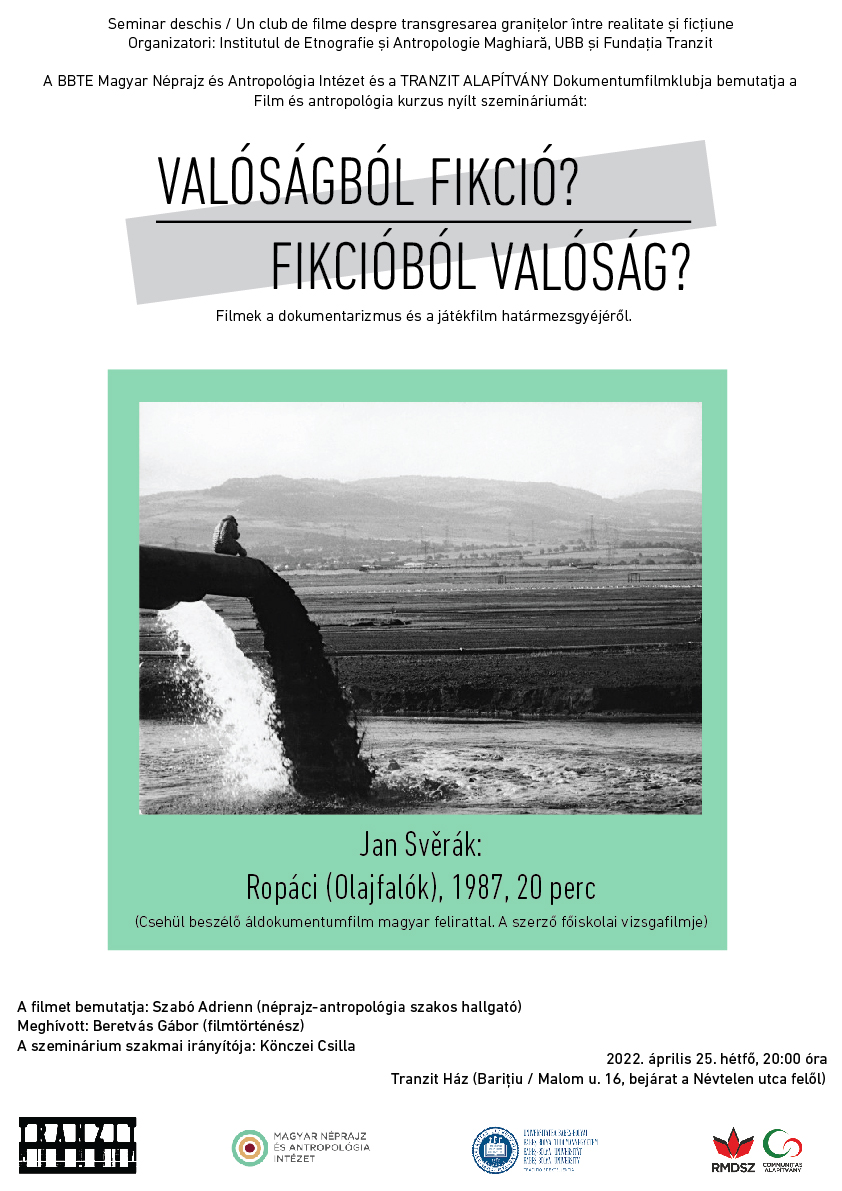