The Ruthles // BETWEEN REALITY AND FICTION

Erik Idle (1943–) is an English comedian, actor, writer and songwriter, a former member of the legendary group Monty Phyton.
Gary Weis (1942) is an American film director.
The music for the film was composed by Neil Innes (1944–2019).
Rutles is a Beatles parody band, invented in 1975 by Eric Idle and Neil Innes. The inspiration came from Eric Idle’s BBC show Rutland Weekend Television. Due to the band’s popularity, Neil Innes wrote numerous hits in the style of the legendary “fab four”, with which they toured regularly and from which they created two studio albums.
The film All You Need Is Cash was made about this band, which presents the history of Rutles in a documentary style, following chronologically the history, the iconic appearances and the landmarks of the Beatles band. At the same time, the film parodies “Beatlemania” which caused a stir around the band in the 60’s.
At the end of the film we will explore the genre characteristics of the mockdocumentary, the echo of the film and the analogies between the two ensembles in an open discussion.
See more on the band’s official website: http://the-rutles.com/
“GET UP AND GO” 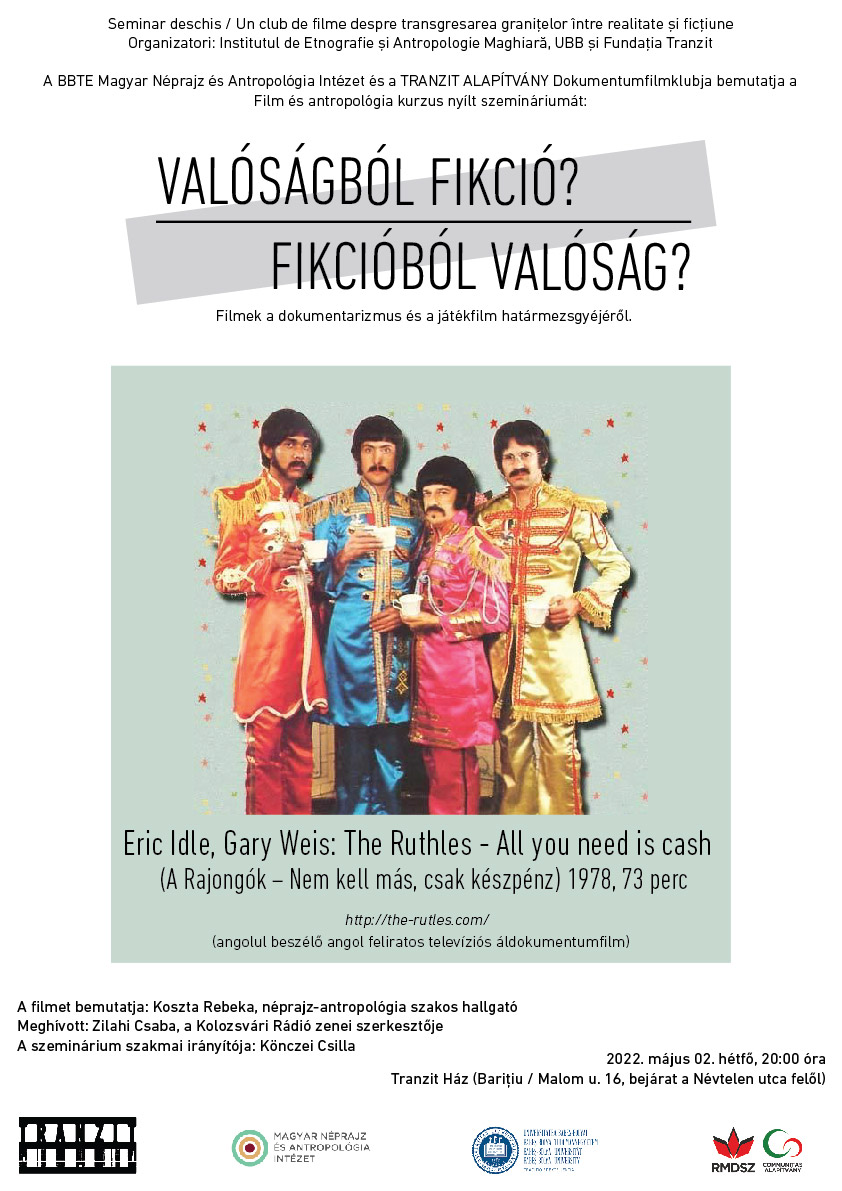