Booklaunch // From romanticism to national-communism. Essay on Romanian modernity

🔸 Short presentation of the book
It will insist on the importance of the theme, the scientific topicality and originality, making points about the position of the volume on the market.
This book is written from the perspective of the history of political ideas and political philosophy, attempting to develop an intellectual genealogy of Romanian modernity, starting from the concepts of positive freedom and negative freedom, as developed by the British philosopher Isaiah Berlin. Starting from I. Berlin’s two concepts, the book aims to trace the way in which the main ideas of modernity were received and reinterpreted in Romania. The present research can be included in the field of the history of political ideas or, more broadly, in the field of intellectual history or cultural history. The specificity of the work lies in the fact that it proposes a synthetic approach, trying to show, starting from the two concepts of freedom, the way in which the whole of Romanian modernity was structured from an intellectual point of view, especially under the influence of concepts coming from Romanticism. I believe that such a perspective can elucidate some aspects of the evolution of Romanian society in the modern era, beyond all the upheavals to which it was subjected. The book is aimed at a wide range of audiences: primarily specialists and researchers in political philosophy, political science or those who study Romanian modernity (political, cultural, literary). Then to all students or those interested in these fields. And, last but not least, to the general public who are curious about the Romanian cultural and political space of the last 150 years.

🔸Opinions about the book
"This book is, I say without any romantic exaggeration, a treasure. It is a very beautiful book, very interesting, very exciting, very useful and very topical. […] For me this book is a revelation and it is very important because it helps us understand what we have been through." (Dumitru Borțun)
“A book that I honestly consider one of the best books I have read lately by a Romanian author. It is a true synthesis of the history of ideas. A kind of history that is being written in our country.” (Adrian Cioroianu)
“From romanticism to national-communism. Essay on Romanian modernity camouflages its challenges and ambitions under a modest title of “historical” work and in its “didactic” presentation. We are dealing, however, with a work of philosophy in the true sense of the word, perhaps the first serious attempt to encompass Romanian political thought from the Pasoptists to Ceausescu.” (Arthur Suciu)

🔸 Presenting the invited guests
Sergiu Mișcoiu is a professor at the Faculty of European Studies (Babeș-Bolyai University of Cluj-Napoca). He holds a PhD in political science from the University of Paris-Est (France), a PhD in history from the University of Babeș-Bolyai and is a PhD supervisor at these two universities. He is the Director of the Centre for International Cooperation of Babeș-Bolyai University. His areas of interest are populism, extremism, political conflict, deliberative democracy, political transition and democratisation in Central and Eastern Europe and Francophone Africa. He is the author of four books, editor or co-editor of twenty international volumes, author of 125 scientific articles and chapters published in international journals and collective volumes.
Claudiu Gaiu is a philosopher. He has published the volume of essays Rewind/Fast-forward (2018). He worked for a while on the history of philosophy, and holds a PhD on early modern skepticism. He has translated several works of classical moral and contemporary political philosophy from French. As an editor, he has overseen the publication in Romanian of authors who are heterodox in relation to current leftist traditions.
Andrei Bereschi is a lecturer at the Faculty of History and Philosophy of Babeș-Bolyai University in Cluj-Napoca. He has a classical background, including the philosophy of Greco-Roman antiquity and Latin and Greek philology. His field of research revolves around the political philosophy expressed in the texts of Greek and even medieval authors. He has published translations of Thomas Aquinas, Nicolaus Cusanus, and contemporary cultural criticism, such as Christopher Lasch. 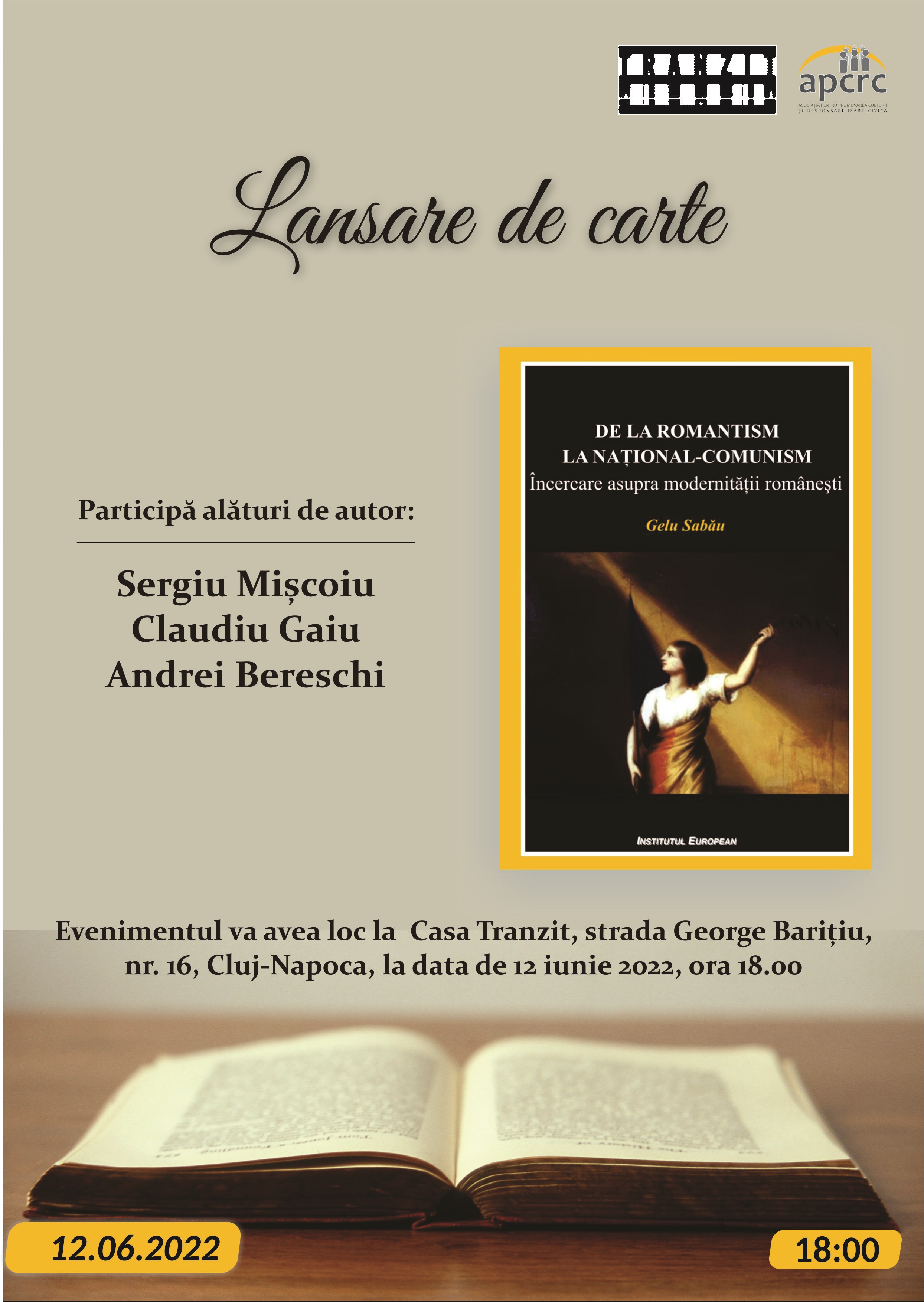