Tales from the prison cell // BETWEEN REALITY AND FICTION

Discussion about the film (in Hungarian).

Ábel Visky (b. 1987) was born in Bákó, spent his childhood in Cluj-Napoca, and was a student of the Apáczai Csere János Secondary School. Between 2006 and 2010 he studied at Sapientia Hungarian University of Transylvania, Faculty of Photography, Film and Media, specializing in film direction. Between 2011 and 2014 he was a student of film and television at the SzFE, in the class of János Szász and Attila Janisch. As a recent graduate he chose Budapest as his new direction, although his work is closer to the Romanian New Wave style.

“Tales from a Convent is a creative documentary about the relationship between fathers in prison and their children at home. In a situation where reality does not allow for real relationships to be lived, the world of fantasy becomes the arena for encounters: fathers serving their sentences write stories, which are used as the basis for fairy tales, starring themselves and their children at home. As we peer into the parallel lives and everyday struggles of prisoners and their families, we also witness through the fairy tale films how fathers and their children are finally free to meet in a magical world they have created together, transcending the boundaries of tangible reality.” Excerpt from Ábel Visky’s synopsis.

"The joy of co-creation and the sorrow of everyday life are closely intertwined, the fairy tale makes reality bearable, reality fills the fairy tale with underlying content. This is why Tales from the prison cell is not just a film, but a serious family therapy that reassesses and revalues relationships. The project may not heal all the wounds, but it certainly offers clarity to its characters. Ábel Visky’s first film was a particularly bold undertaking, but it stood the test. Tales from the prison cell is a high ball for future Hungarian documentaries."
Boglárka Angéla Farkas.

The world premiere of the film was held at the prestigious FIPADOC film festival in Biarritz, and the film also participated in the HotDocs documentary film festival in Toronto, among others.
Official trailer:
https://www.youtube.com/watch?v=b5fZ7YTzi50&t=12s 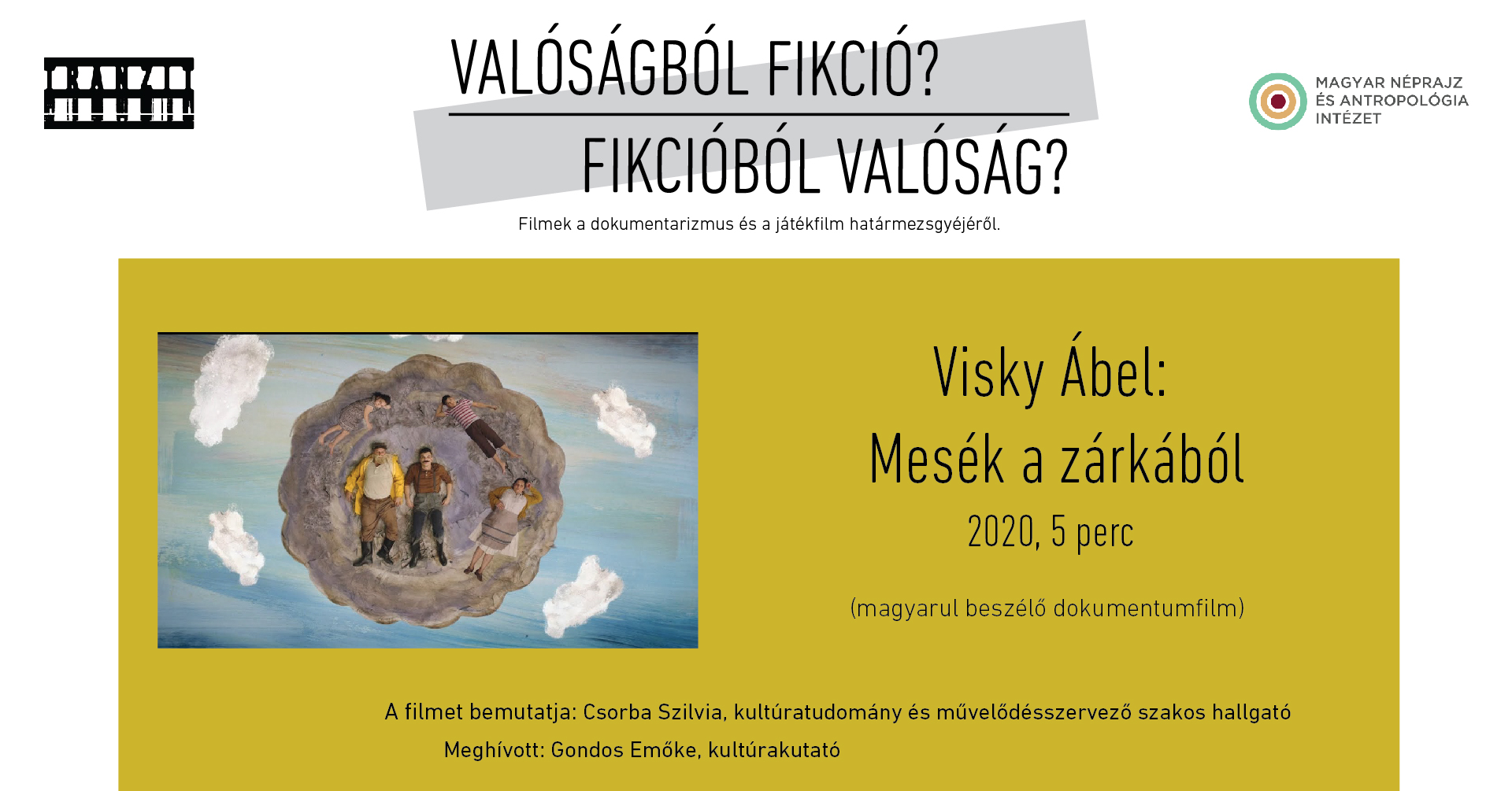