The Kosztándi String Quartet was founded in 1992 by members of the Szeged Symphony Orchestra and gave its first concert in May 1992 in Târgu Mureș. The current ensemble has been working together since November 2013. The conductor of the ensemble is Dr. István Kosztándi, violinist laureate of the Liszt Prize and first violinist of the Szeged Symphony Orchestra. He was born in Brețcu, in the Three Seats region, and studied for sixteen years in Cluj, at the Music School and then at the Music Conservatory. The other members of the string quartet are also soloists.

The ensemble is highly appreciated in the musical life of the region and the country. It is an expert performer of classical and contemporary music repertoire. The repertoire of the jubilee concert has been put together in the same spirit: in addition to classical pieces, works by contemporary Hungarian composers will be performed, with a focus on Hungary-Transylvania-Vojvodina, given the regional role of the orchestra. In addition to Kamilló Lendvay’s String Quartet No. 2 from Hungary, the programme also includes the world premiere of a work by Szilárd Mezei, an internationally acclaimed composer from Vojvodina. As a representative of contemporary Hungarian music in Transylvania, composer Albert Márkos has been commissioned to compose a work for string quartet, which will also be premiered at the anniversary concert. The programme will conclude with Béla Bartók’s String Quartet No. 1:

The event is organized as part of the Film Days Related to Cluj - 13th edition. 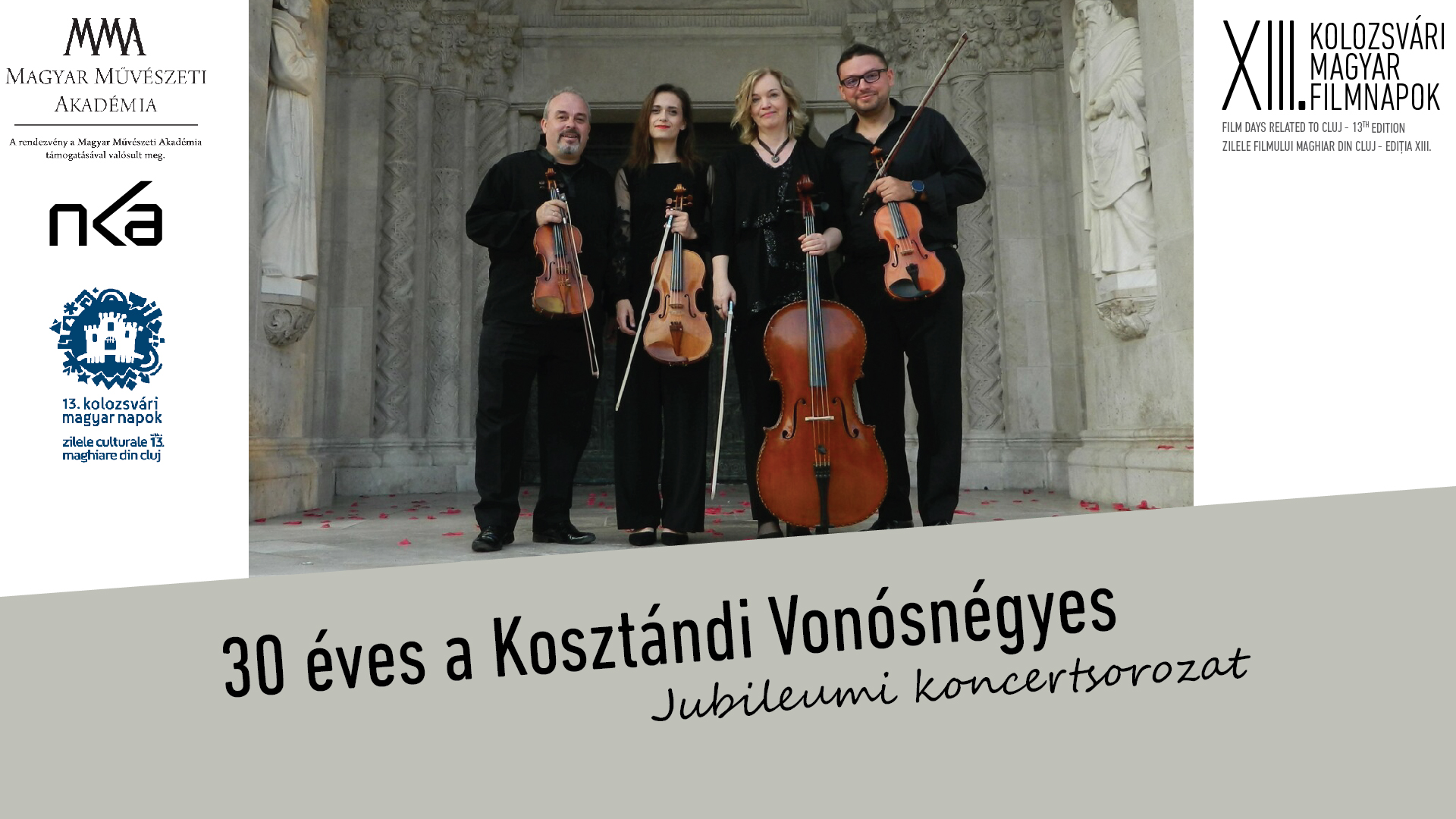