The klezmer band “MAZEL TOV” of the Jewish Community of Cluj was founded in February 2002 at the initiative and under the direction of Professor Vasile Socea, with the aim of demonstrating to the world the beauty of Jewish music, and promoting mainly klezmer music specific to our geographical area.
The interpretation of klezmer music and Yiddish songs in a traditional manner, while preserving their originality, is a way of perpetuating this cultural treasure through the band “MAZEL TOV”.
The band’s wide-ranging repertoire, including not only klezmer music and Yiddish songs, but also Sephardic music with Ladino songs and Israeli music with songs in Hebrew, makes it possible for the band to perform at a wide variety of events, from Jewish holidays to interethnic festivals in the country, but also abroad (Odessa, Belgrade, Vilnius, Riga), and even on solemn occasions, such as the commemoration of the victims of the Holocaust, as well as concerts on various themes and occasions.
One such concert will be the one that the band is preparing for the 25th anniversary event of the Tranzit House, a concert that will include a series of klezmer instrumental pieces arranged in a suite by the band’s conductor, prof. Vasile Socea, Yiddish and Hebrew songs, performed by Sulamita Socea, all surrounded by the conductor’s violin chords, together with Daniel Simon’s clarinet, Mihai Osvat’s viola, Elena Lungu on the keyboard, Marius Moldovan on the double bass and Sulamita Socea on the tambourine. 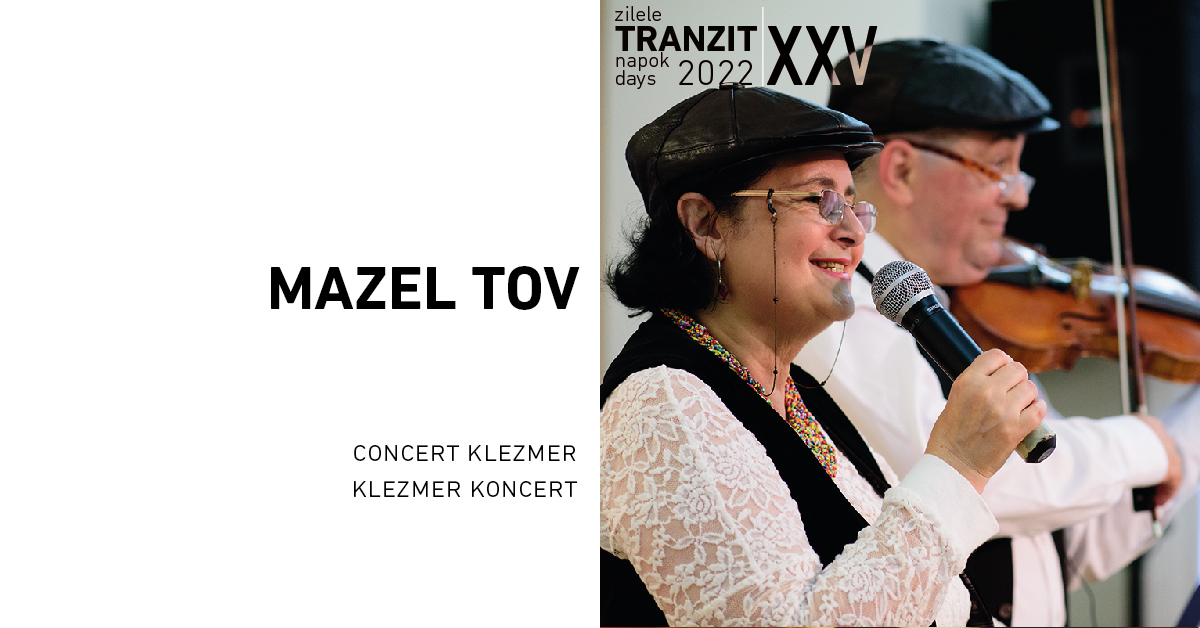