Under the same roof but beneath a clear sky: Yiddish theatre after Holocaust in Romania┃Tranzit Days 2022

Under the same roof but beneath a clear sky: Yiddish theatre after Holocaust in Romania

Abstract:
Starting with the first performances in 1944, new Yiddish theatre companies created works that courageously approach the Holocaust trauma for large audiences. The outstanding IKUF Theatre has led this cultural movement and has put the artistic foundation to what would become the Jewish State Theatre in 1948 in a difficult and confusing political moment. Its short-lived existence left a legacy that had long term effects on the intricate transformations of the Yiddish theatre in Romania. The metaphor of the roof is used by Israil Bercovici in relation to a permanent location and decent material conditions for a Jewish theatre, following the institutionalization of the Jewish State Theatre and explains how the previous initiatives contributed to a national recognition of the cultural value of the Jewish stage. This metaphor is connected to the first roof of Abraham Goldfaden’s theatre from Botoșani, even if the very first modern Yiddish theatre was established by him in Iași in 1876 in an openair location, The Green Tree Garden. “Naht-Tog”, the first IKUF Yiddish performance from 1944, months before the “August Liberation”, took place in the same building that Goldfaden performed in Botoșani. The perspective of positioning themselves as Jewish artists in a larger international context with global responsibilities was a particularity of IKUF ensemble, an international group of theatre makers, that were fully conscious of their mission towards the Jewish communities that they performed for as well as towards other fellow artists and Holocaust survivors. Their trust in an optimistic humanist approach will become the main form of artistic and political consciousness for Jewish artists in Romania for the following years.

Bio:
Mihai Lukács is a theatre director and researcher. He is currently the president of the Dialectic Center (Bucharest) and has carried out an extensive research on post-Holocaust theatre in Romania (with the support of the “Elie Wiesel” National Institute for the Study of the Holocaust in Romania, 2019-2022). His last show is called “MOTHER: Nuclear”.

Participation in this event does not require advance booking or ticket purchase. Instead, we invite you to join, if possible, the fundraising effort for Tranzit House! Your solidarity and support means a lot to us!
You can contribute by donating either on the spot or directly to the Tranzit Foundation accounts - RO94 RNCB 0106 0265 9334 0001 (RON) or RO67 RNCB 0106 0265 9334 0002 (EUR) 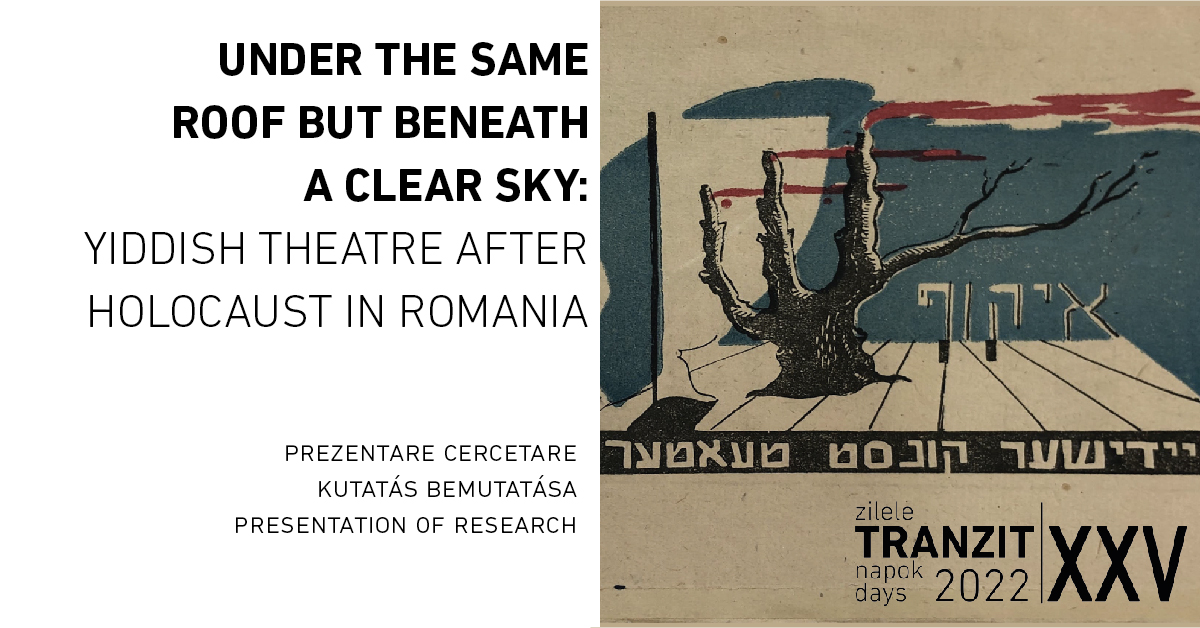