”Zurboló” dancing room
The first edition of the dancing room, an urban folk dance event from Transylvania took place on a Thursday in February 1977 in the rehearsal hall of the puppet theater from Cluj. Since then, it has almost continuously been functioning despite various difficulties. New organizers always appeared to take over, thus from the fall of 2000, it was the “Zurboló” Dance Ensemble, which started to organize the dance events.
As a result of the mutual support and cooperation between ”Zurboló” and Tranzit Foundation, the first “Zurboló” dancing room took place on November 23. 2000 in Tranzit House, reviving the old tradition of organizing it weekly both for children and for adults. The series of events continued until 2005, while there were a total of 148 occasions with the participation of children, and 123 with the participation of adults.
Since 2005, the urban dancing room “Zurboló” is linked to other events organized in Tranzit House, such as forums, festivals and shows, 2-3 times a year. The next “Zurboló” dancing room, which has already become a tradition in the last twenty-two years, will take place on December 16. 2022 celebrating the 25th anniversary of Tranzit House.
We look forward to seeing you! 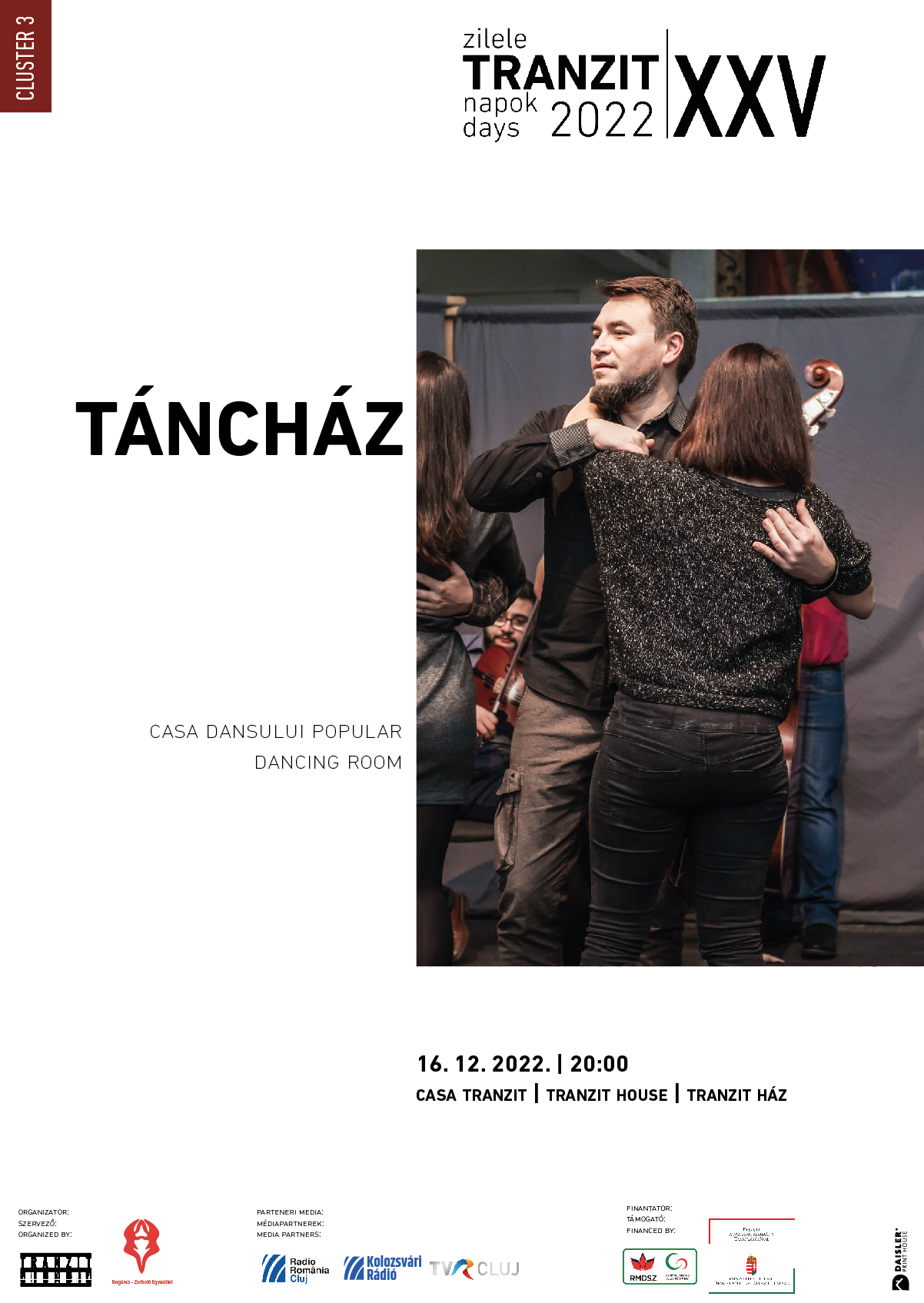